‘We want to have fun’: Zinnbauer on Pirates’ luck, and his dance moves 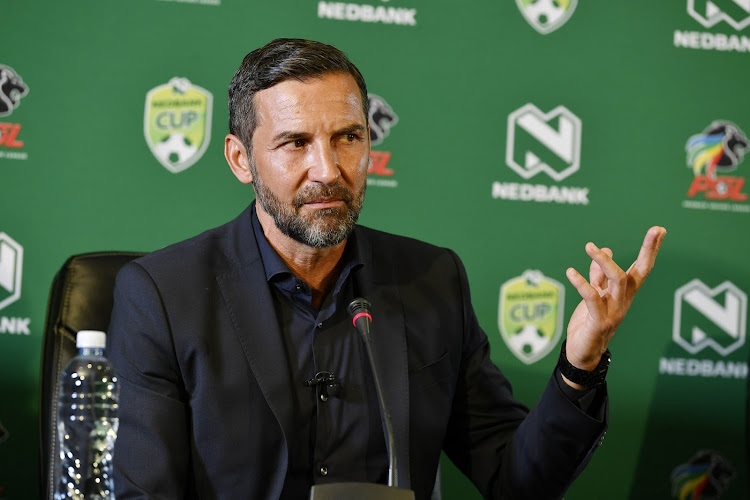 Orlando Pirates coach Josef Zinnbauer has put the team's impressive seven-match unbeaten run in the Absa Premiership since his arrival in December down to a positive reception from his players - and a bit of luck.

Zinnbauer has won six and drawn one of his seven matches in charge but added that though Pirates are enjoying a good run of form, there is still a lot of work to be done.

“Football is never easy – it’s hard work every day with the staff who get lots of information. We discuss that information and deliver it to the players and the players have shown that they are hungry for new inputs, and this is important for the results,” Zinnbauer explained.

Recently, there was a video of Zinnbauer dancing in the dressing room and the German mentor said he encourages players to have fun so that they can deal with the pressure.

“I didn’t see the video but I cannot stop players posting things on social media. I said to the players that we want fun because there is a lot of pressure when you play for Pirates,” the coach said.

This is one of the reasons why Orlando Pirates is winning
The dressing room is always on fire ??
Coach zinnbauer pic.twitter.com/wzEyK5i9pn

“We have had a little luck and we are winning the games but the question is now: how are they going to respond to when we lose?

“I don’t know what is going to happen but at the moment we are having fun. In the moment it's lucky time for us, but we have fun at training session and after the game when we have won.

“One week ago I gave the compliment to the players, because they were open to our inputs and what I need in my system. It’s not only the players but also the staff have done a very good job.

“I am happy about this because we have one strategy and we go together in the same direction as one group of players and the staff.”

Pirates have not won silverware in six years. Zinnbauer, though, said Bucs are not under pressure to win the Nedbank Cup, where they meet Bidvest Wits in the last-32 at Orlando Stadium on Sunday (kickoff 3pm).

“We are not under pressure. For me what is important is the game that is coming, and not the past.

“We have a chance to win the game that is coming against one of the best opponents in the league in Wits.

“It is difficult to play against Wits because they have a good squad and a top coach in Gavin Hunt who has won the league four times. They have experienced players and they play different systems.

“For us is to concentrate on this game and we will see what happens after that.”

As Orlando Pirates coach Josef Zinnbauer prepares for his first cup competition at the club, the German is not putting himself under pressure to end ...
Sport
1 year ago

But Mulenga, Shonga also stake a claim.
Sport
1 year ago
Next Article