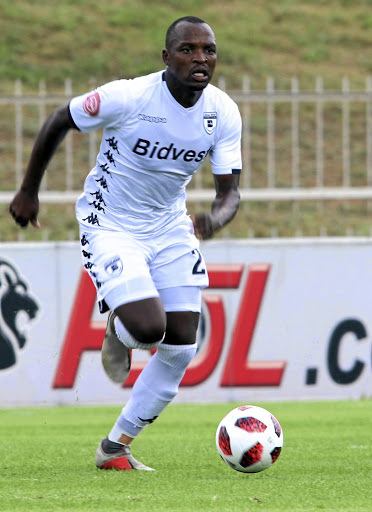 Mamelodi Sundowns have missed out on the signature of striker Gift Motupa after failing to reach an agreement with Bidvest Wits.

The two clubs have been engaged in talks over the past two weeks regarding the transfer of Motupa.

Sundowns were eager to bolster their squad with the addition of the goalpoacher as the January transfer window closes at midnight tonight.

Wits boss Alan Fainman has confirmed that the deal was off.

"Gift is not being sold. He is staying," Fainman told Sowetan.

"We are fighting for the league and cannot afford to lose our best players. Some of those players who have left were peripheral squad players.

"We have got four new players who have come in and they came to make our team stronger. That is a signal of our ambition."

With the league race approaching the final stretch, some clubs will be looking to their standout performers to lead their teams go a satisfactory ...
Sport
1 year ago

Motupa is the kind of marksman the Brazilians were looking for after parting ways with strikers Emiliano Tade and Tokelo Rantie.

The striker from GaChuene, Limpopo, has scored 22 goals in his two seasons with Wits since joining from Chippa United. With two-and-a-half years on his contract, Wits won't let Motupa go cheaply. The insider also revealed that a figure of R12 million should be enough to pull off the deal.

Last week Motupa opened up about his wish to join the defending Absa Premiership champions.

"If you have qualities, why not join the best? If my team [Wits] agree, I would go [to Sundowns]. They've not approached me, what I know is that they've approached my team and I don't know what's happening,'' he said at a press conference.

Elsewhere, Orlando Pirates have confirmed that they have parted ways with Asavela Mbekile. Mbekile, who hasn't seen much action at Pirates, has been released from his contract by mutual consent barely two years after arriving from Mamelodi Sundowns.

The 33-year-old defender joined Pirates at the start of the 2018 season but struggled to cement a regular place in the team under former coaches Milutin Sredojevic and Rulani Mokoena, and finally incumbent Josef Zinnbauer.

Bidvest Wits striker Gift Motupa has made it clear he's keen to join Mamelodi Sundowns in the current transfer window.
Sport
1 year ago

The prospect of working with coach Pitso Mosimane is so appealing to BidVest Wits striker Gift Motupa that he would not say no to a move to Mamelodi ...
Sport
1 year ago

Mamelodi Sundowns coach Pitso Mosimane was named Absa Premiership coach for December at the Premier Soccer League's headquarters in Parktown on ...
Sport
1 year ago
Next Article