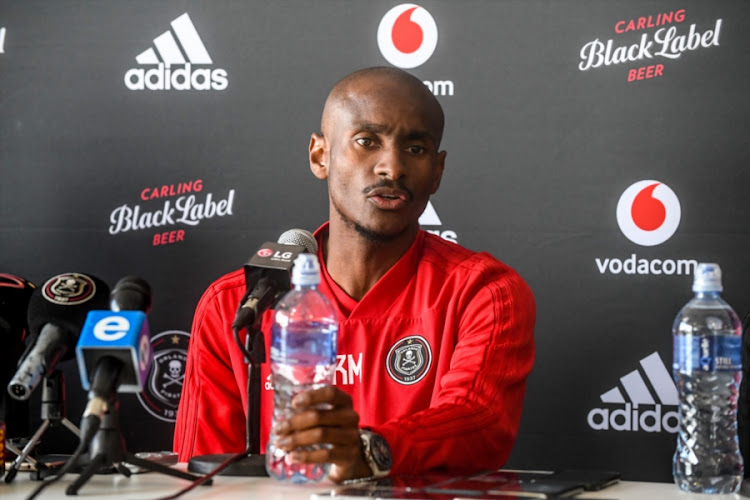 Orlando Pirates coach Rulani Mokwena is under pressure to pull Bucs out of the rut.
Image: Sydney Seshibedi

Orlando Pirates have been conceding goals at an alarming rate this season but coach Rulani Mokwena is not pressing the panic buttons yet.

Bucs have conceded an astonishing 18 strikes in 12 league matches, which is one more goal than they've scored, but Mokwena feels they're capable of halting the slide.

"I think anyone that didn't watch the match (against Polokwane City this week) and just saw the final score would think 'goodness me, Pirates have just scraped through'," said the Bucs coach.

"The reality is that we were in complete control for majority of the match. I don't remember Wayne Sandilands having to make a save, to be honest.

"But the reality is, it is 3-2 and it's another two goals conceded. Why? There's a lot of factors to it. We've got to look into it deeply, not just to scratch the surface. We'll have to go deeper because there's a lot of other mitigating factors."

Orlando Pirates have been conceding goals at an alarming rate this season but coach Rulani Mokwena is not pressing the panic buttons yet.
Sport
2 years ago

Only Cape Town City (20) have been more porous than Pirates, while even the basement club Chippa United have only leaked 11 goals.

But Mokwena refused to apportion blame to his rearguard and said they know what they need to fix. Pirates are seventh on the standings and they are 15 points behind leaders Kaizer Chiefs.

Mokwena said they have been breached under similar circumstances in some matches and he added that this generosity has to be halted if they are to make an impression this season.

"We have to look at that and try to find ways as to why.

"It's got a lot more to do with just about the tactics, you know."

Luckily, for Mokwena has eight days to work on his defence ahead of their next league match away to Baroka FC in Polokwane on December 7.

Orlando Pirates coach Rulani Mokwena is convinced that Ben Motshwari is good enough to make a strong challenge for a place in the Bafana Bafana ...
Sport
2 years ago

Orlando Pirates coach Rulani Mokwena is keen to build momentum before the annual Premier Soccer League Christmas break after his side managed to ...
Sport
2 years ago
Next Article