Who will take a million rand home - Thysse or Allen? 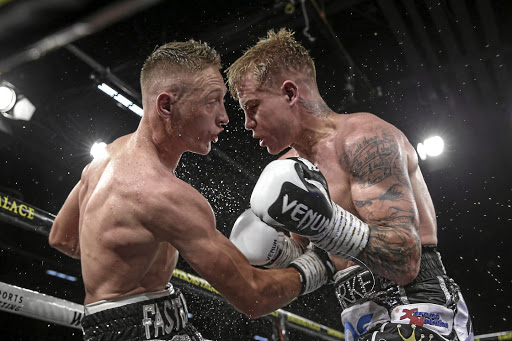 Brandon Thysse will face Boyd Allen in the final of Golden Gloves' junior middleweight series that will take place at Emperors Palace in March next year.

Thysse, trained by Damien Durandt, tore apart favourite Roarke Knapp in seven rounds in the first semifinal on Saturday. While Allen, a dark horse, upset the bookies stopping Tristan Truter in the 10th and last round of their closely contested second semifinal at Emperors Palace.

Meanwhile Allen, who made a debut under trainer Peter Smith, rallied back from what looked like a late resurgence to force referee David van Niewenhuizen to stop the fight when Truter took some combinations towards the end of their fight.

Truter is trained by Harold Volbrecht.

The final next year will be an opportunity for Thysse to avenge his points loss to Allen for the WBA Pan African belt, a fight which took place at Emperors Palace in May.

Rowan Campbell from Melville in Johannesburg knocked Nicholas Radley in the fourth of their 10-round scheduled catchweight fight.