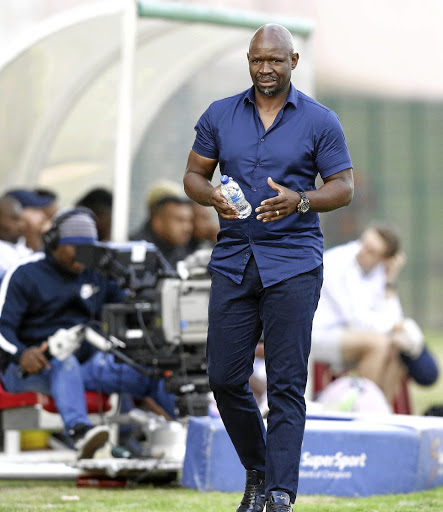 Golden Arrows coach Steve Komphela admits that it would be difficult to turn down the Bafana Bafana job if it was offered to him.

The Bafana head coach position became vacant last week after Stuart Baxter resigned. The search is on now for a permanent replacement after Molefi Ntseki took over in the interim.

Komphela has likened the national team job to being conscripted to the military.

"Going for the national team is more like a service to the nation, it's a duty. It's like going to the army, you have no choice," Komphela said.

"If there is war and South Africa is facing an enemy and you are called upon to come and serve, you should take pride. We will cross that bridge when we get there, for now we will focus on Golden Arrows."

It appears that local coaches are favoured to take over with Komphela, Pitso Mosimane and Gavin Hunt apparently in the running.

The Bafana hotseat has seen five permanent coaches come and go since 2010, including Carlos Alberto Pereira, Mosimane, Gordon Igesund, Shakes Mashaba and Stuart Baxter. Komphela, who was caretaker coach in 2012, implied that the lack of progress in the national team could be blamed on a fundamental problem SA has as a nation.

"We first need to identify who we are. If you ask me 'as a nation are we defined?' A nation is not only defined through sports, there's arts and culture. Sport is only but a microcosm of South Africa.

Komphela kicked off his season on a positive note after leading Arrows to a 1-0 win over Maritzburg United at the weekend.