Chiefs at crossroads after defeat 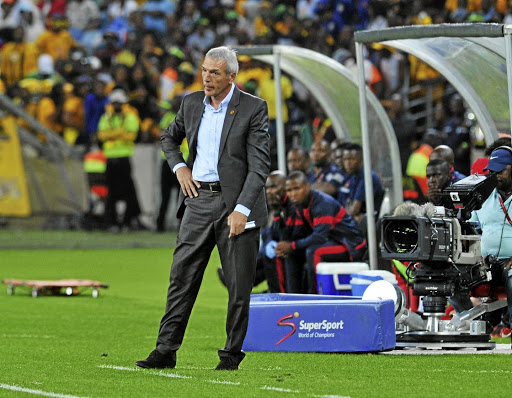 Kaizer Chiefs coach Ernst Middendorp faces an uncertain future as he prepares to hold talks with the management after their embarrassing Nedbank Cup final loss.

Amakhosi were upstaged by minnows TS Galaxy in the final in Durban after suffering a 1-0 defeat. With the defeat, Chiefs have extended their trophyless drought to four years.

Middendorp, who joined the club in December, has failed to improve the results after Chiefs finished ninth in the Absa Premiership.

"Definitely, we have to sit down and see what is happening not only in the past few months but in last few years," he said. "We will definitely have a discussion and have to make some decisions. I have to make a decision but not when I am emotional but we need to look at what's best. It will be decided when we sit down."

It's evident that there is a deep underlying problem at Naturena. Steve Komphela, Giovanni Solinas and now Middendorp have all failed to bring back the glory days. The coach said the club needed to do some deep introspection.

"You have to go a bit further back to find why a certain decline has happened over the years. Of course after finishing a season like this it's for sure."

Ernst Middendorp future at the Kaizer Chiefs remain in huge doubt after yet another humiliating defeat, this time a 1-0 loss in the final of the ...
Sport
9 months ago

Beleaguered Kaizer Chiefs coach Ernst Middendorp decided against tendering his resignation in the aftermath of the club’s embarrassing defeat to ...
Sport
9 months ago