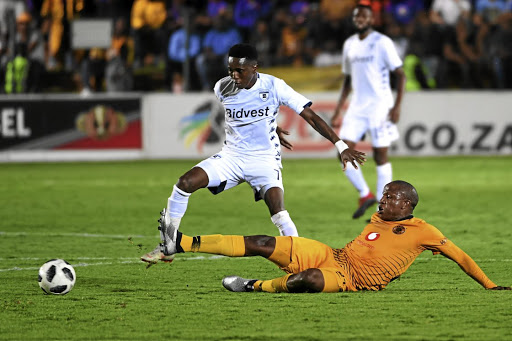 Based on their showing in the 2018/19 campaign, we break down what each PSL team needs to improve on for next season.

The Brazilians lay claim to be the best away team, but they dropped a lot of points at home with only six wins, seven draws and two defeats. If they can play better in their own backyard and combine that with their good form on the road, it will be difficult to stop Downs from winning the league title again in the new season.

Bucs came agonisingly close and lost out by two points. They were their own enemies with 12 draws, dropping 24 points from the stalemates alone. Seven of those draws came at Orlando Stadium, so they can do better at home.

It's troubling that six of their eight defeats were at home. You aren't going win the league if opponents can come to your fortress and take away points.

Full marks to them for being the highest-scoring team in the league with 47 goals, but conceding 35 - the joint ninth worst defence (shared with Polokwane City and Chippa United) - means Benni McCarthy's men have to keep it tight at the back in the new campaign.

Rise and Shine punched above their weight, but they did better away (fourth position) than at home (ninth). They need to find a balance.

Matsatsantsa didn't concede much (29 goals in 30 games), nor did they score a lot (29 goals). SuperSport's attack must come to the party as well as their defence should keep their eyes on the ball.

The Lions of the North drew more games than any other team (14), but to their credit, most were away (9). Either way, continuing to draw as many games as they did this season may make their life difficult in the new season.

Siwelele are generally strong at home, but that's where the supporters have been venting their anger at the club management, claiming they are being kept in the dark about the club's affairs. Celtic are one of the strongest sides at home. They need to reclaim their strength at home, because this season - on the home log, they are actually placed 10th.

Chiefs were terrible at home (five wins, five draws and five losses). Maybe it's their use of FNB Stadium, where they usually play in front of poor crowds. Maybe that's where they should start fixing things to instil fear in the opposition.

Abafana Bes'thende are one of the lowest-scoring teams with just 27 to their name. Strikers, the likes of Knox Mutizwa and Lerato Lamola, need to pull up their socks or coach Steve Komphela should look elsewhere.

Usuthu have the fighting spirit, but they don't score much (33) and concede a lot (41). It's important that they attend to their defensive frailties.

With just 27 goals, they are poor in attack. They also need to stop the chopping and changing of coaches, [which saw them go through four during the season].

Lidoda Duvha play good football, but their defence lets them down, they conceded 46 goals. Since Dylan Kerr has resigned, the incoming coach must look at this urgently.

First, they have to realise they were the worst team at home, with just two wins. It must start there to get the points at Peter Mokaba Stadium.

They are still competing in the promotion play-offs, while the new boys Stellenbosch United are waiting to test themselves in the big league.

No team dominated as honours are split.
Sport
2 years ago
Next Article