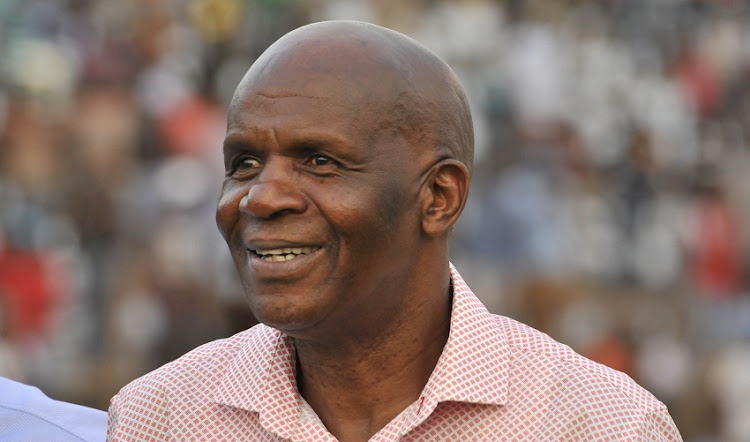 Banned Black Leopards owner-chairman David Thidiela’s problems seem likely to worsen if he is found to have breached the conditions of his ban.

The outspoken Thidiela is serving a one-year ban that bars him from participating in all football-related activities but it has emerged that the Premier Soccer League’s Disciplinary Committee could add another charge at his appeal hearing on Thursday if he is found to have ignored the terms of his punishment.

The ban bars him from participating in all football-related activities but a seemingly defiant Thidiela has been seen in the stands at Thohoyandou Stadium watching his team's matches on numerous occasions.

According to sources who have seen him at the stadium on matchdays‚ Thidiela usually goes as far walking onto the pitch and also into the dressing room to address the players.

Thidiela was alleged to also be behind the pre-season signings of veterans Thuso Phala‚ Mogakolodi Ngele and Thabo Matlaba in a blatant defiance of the PSL DC's ruling. He is also said to be handling the impending sale of the league’s top goal scorer Mwappe Musonda to one of the Gauteng clubs.

PSL prosecutor Nandé Becker told SowetanLIVE that he is “not aware of the extent (if any) to which Thidiela may have or may be breaching his banning order”.

But he warned that the Leopards owner could face more charges if he is proven to have infringed upon the rules.

“I will investigate these allegations‚” said Becker when asked if he is aware of Thidiela’s seemingly direct involvement with Leopards in contravention of the ban order.

The PSL prosecutor‚ though‚ said he could not comment in further details until the alleged extent of Thidiela’s involvement with the club has been authenticated.

“I am not aware of the extent (if any) to which Mr Thidiela may have or may be breaching his “banning” order and accordingly cannot comment on the allegations‚” said Becker.

“Should they be based on fact‚ further charges will be implemented.”

Since his ban in February‚ quotes attributed to him in the print and online media‚ as well as in radio interviews link Thidiela as being directly involved in the operations of his club Leopards.

The soccer boss was banned by the PSL DC in February and fined R1-million as punishment for a tribal rant he aimed at referee Victor Hlungwani.

Thidiela’s tirade included apparent threats on the referee’s life and he was duly found guilty of bringing the League into disrepute for the foul-mouthed tirade.

The Leopards boss lodged an appeal in March.

The appeal was postponed and the SA Football Association’s appeal’s board will now sit to hear his case on Thursday July 4 in Johannesburg.

According to the PSL Handbook‚ an appeal does not set aside the original ban in Thidiela’s case‚ therefore placing the Leopards boss on the wrong side of the rules as he is not supposed to be involved at all.

“An appeal against an order of the Disciplinary Committee or the Dispute Resolution Chamber will not suspend the operation of that order pending the finalisation of any appeal or arbitration in respect of that order‚” reads Article 24.3 of the PSL Handbook.

PSL appeals are regulated by Safa and Fifa regulations‚ meaning that an appeal does not suspend the original outcome.

Thidiela maintains that his one-year ban was a travesty of justice and he is confident that the decision will be overturned at the hearing.

Thidiela's Advocate Eric Mabuza told SowetanLIVE that his client’s continued involvement with Leopards is not in contravention of the ban order.

Mabuza said the PSL Handbook‚ Safa and Fifa regulations put his client Thidiela at a disadvantage.

“We will have no choice but to challenge it‚" he said.

"Even the High Court outcomes are still set aside in the event of an appeal in this country.

“It will (if an appeal does not suspend the original outcome) be in violation of our client’s rights.

"So then accordingly we will challenge that because everything must be in line with the country’s Constitution."