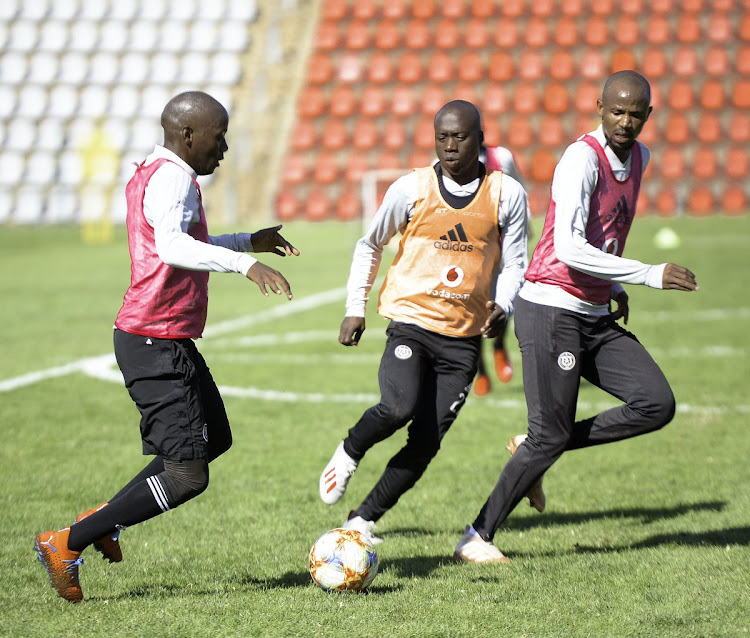 Orlando Pirates fans will hope that by the time they face newly-promoted Stellenbosch FC at home on the final day of the 2019/20 Absa Premiership‚ they have wrapped up the title to end their eight-year wait for the championship.

TimesLIVE has been able to obtain a draft copy of the fixtures for the new season‚ which will see The Buccaneers curiously feature in only three home league matches before November.

Their fixture calendar is complicated by Pirates’ participation in the CAF Champions League‚ which means lengthy gaps in between games – with just a single league game in September due to the MTN8‚ Champions League and the FIFA International break.

Pirates begin their campaign at home to Bloemfontein Celtic on August 3‚ but their only other matches at Orlando Stadium in the next three months are against Lamontville Golden Arrows (Aug. 27) and Chippa United (Oct. 23).

During that time they go away to SuperSport United‚ AmaZulu‚ BidVest Wits‚ Highlands Park and Stellenbosch FC in what will be a period of much travel for coach Micho Sredojevic and his side when coupled with potential domestic cup and Champions League clashes.

Their first Soweto Derby against Kaizer Chiefs is also ‘away’ on Nov. 9‚ while the reverse fixture will be played on Feb. 29.

Pirates will not play Mamelodi Sundowns at all in the first round of the competition‚ with their first league meeting on Jan. 11 being their 17th game of the campaign‚ with the return just 11 days later in what could be a crucial double-header in the title race.

That is part of a horror run of fixtures for the side that will see them play eight games in 32 days through January and into February‚ five of which are away.

If they are involved in the Champions League group stages they will also have no festive season break to speak off with a round of games to be played on the weekend of Dec. 27-29.

There will be no easy run-in to the title race either‚ with all of Pirates’ last four games providing some sort of challenge.

They are away at Cape Town City on Apr. 13‚ the side that scuppered their title ambitions in the last campaign when they scored late in a 2-2 draw that ultimately cost the Buccaneers the trophy.

Pirates then host SuperSport United on Apr. 25‚ never an easy fixture‚ before an away visit to what is likely to be an improved Maritzburg United under Eric Tinkler on Wednesday‚ May 6‚ their penultimate game.

The season finishes three days later on May 9 with the visit of Stellenbosch‚ which would appear the simplest of those tasks‚ though who knows that the Cape Winelands side will be fighting for at that stage.

Pirates could also still have their focus on CAF Champions League and Nedbank Cup ambitions.