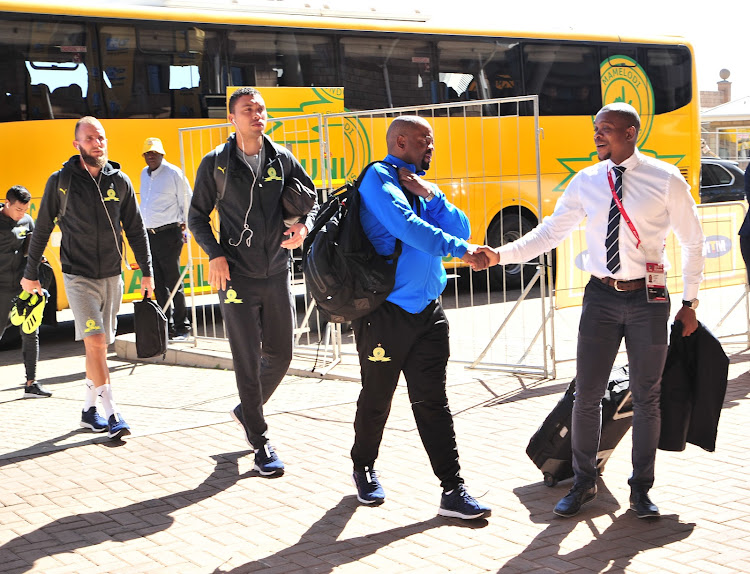 Mamelodi Sundowns will hold the final leg of their pre-season training camp outside of SA's borders after the premiership title holders elected to use venues on the continent rather than at home ahead of the coming domestic campaign.

Sundowns will use venues in North‚ Central and East Africa and the idea is to help the Brazilians to familiarise themselves with conditions in that part of the world before the start of the Champions League.

Coach Pitso Mosimane and his assistant Manqoba Mngqithi came up with the elaborate plan and they are now awaiting approval from club boss Patrice Motsepe.

Mngqithi‚ who oversaw the return of players for medicals at Chloorkop on Tuesday in the absence of Mosimane who is in Egypt‚ said they are hoping that Motsepe agrees to the plan.

“We have submitted the plan but nothing has been confirmed yet‚ we hope it will be signed off soon.

"We are not under pressure because we want to play those friendly matches in the later stages of our programme‚” he said on Tuesday.

Mosimane is expected back in SA on Thursday after spending time in Cairo as one of the analysts on Egypt TV for the Africa Cup of Nations.

“I believe that he (Mosimane) will be back with us for the start of training on Thursday‚” Mngqithi said.

Sundowns return to continental competition in the coming weeks looking to make amends after they were dumped out of the tournament by fierce rivals Wydad Casablanca at the semifinal stage last season.

Mosimane said the decision to use venues in North‚ Central and East Africa was based on the very real possibility of facing teams from that part of the world in the group stages of the Champions League.

“We have planned our pre-season‚ we just have to fix the games according to what we are possibly going to face in the group stages‚" the Sundowns coach said.

"My pre-season will be North Africa.

"I am looking past the group stages because in the last eight you are going to find one team from that region.

"I also want to do TP Mazembe in Lubumbashi and I won’t mind going to Angola or Zimbabwe or Zambia.

"At this point in time‚ we should go into the group as one of the big boys and then you are going to have one West African team.

"Be it Nigeria or Ghana‚ because I can see Asante Kotoko is back in the mix‚ I will have one from our region here in SADC and there will be at least one team from Central or East Africa.”

As part of his intensive programme‚ Sundowns are likely to play eight competitive matches against top sides which will put them in good stead for the Champions League and the defence of their domestic league title.

“Week one we are home‚ week two we are away‚ week three we are back home‚ week four‚ five and six we are with the big boys on the continent‚" he said.

"After that we should be ready for the season.

"The Champions League starts in August with the preliminaries but I don’t think we will be there.

“In September‚ we will know our group and who to expect in the quarters and semifinals.

"It is important to understand how this thing work.

"Some people go into the Champions League game by game and it is very difficult.

"I think Micho (Milutin Sredojević ) understands it‚ Rhulani (Mokwena) understand and Fadlu (Davids) is clever he will pick up.

"But the players will only understand it by playing and that’s why I think Pirates did not go further last season.

"It was not because they didn’t have a good team‚ but I think they played Champions League the way they play PSL.”