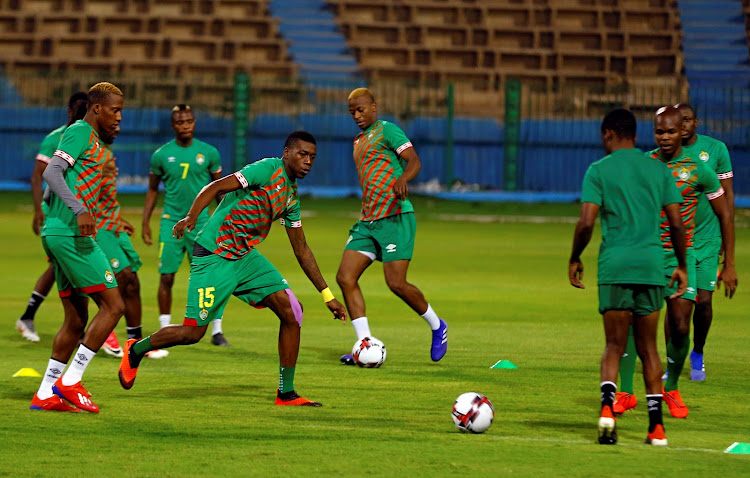 Zimbabwe's strike threat had no effect on their performance, said star player Khama Billiat, as the Warriors lived up to their nickname with a brave performance, going down 1-0 to Egypt in Friday night's 2019 Africa Cup of Nations opening game in front of a sold-out Cairo International Stadium.

Egypt were cautious and perhaps a little subdued. But their level of precision and discipline still marked the tournament hosts out as certainly a favourite to repeat their 2006 home soil success.

Zimbabwe could not match the hosts' outstanding organisation, but were skilful and managed to give the Pharaohs - in front of a 75,000 cauldron of red that will be a huge factor for the three-time successive champions of 2006, 2008 and 2010 - some nervous moments.

"I just want to give credit to the boys. As much as we didn't get the result that we wanted we showed professionalism, we stayed focused and we just needed to do little mistakes that we made and wrong decisions better," Billiat said.

Zimbabwe had spent Thursday reportedly barracked in their hotel rooms over a pay dispute with their football association. The strike, which threatened to derail the opening game, was resolved hours before the 10pm kickoff.

This spared the organisers a potential PR disaster after a week where it was announced Fifa are taking over the administration of CAF, which has been dogged by allegations of widespread corruption under president Ahmad Ahmad.

Then again, it would not be the Nations Cup without such off-field dramatics. "I think the guys are really professional. I give credit for that - the way we did put everything away in a space of a few hours, and shifted the focus to the game.

"That means a lot. And I'm not saying we got this result [a defeat] because of what happened. We showed professionalism," Billiat said.

"If what happened had made us have a bad performance today we could have lost by more, we couldn't have had certain moments that we had.

Elephants lie in wait for Baxter's troops
Sport
2 years ago

"So I don't think it had anything to do with the result. But we take this as a lesson. We still have a chance to do better."

Zimbabwe's goalkeeper Edmore Sibanda of Mpumalanga-based National First Division side Witbank Spurs made some world-class saves from an Egypt frontline that included the exquisite touches of Liverpool hitman Mohamed Salah.

"He's a great goalkeeper. One of the best in Africa," Billiat said.

The Chiefs star was a marked man as he attempted to dictate play, and can probably expect more of the same in the tournament.

Billiat will come up against his former Mamelodi Sundowns teammate, goalkeeper Denis Onyango, in Zimbabwe's next game against Uganda at Cairo International on Wednesday.