Orlando Pirates signings: Assessing the new players at the Bucs 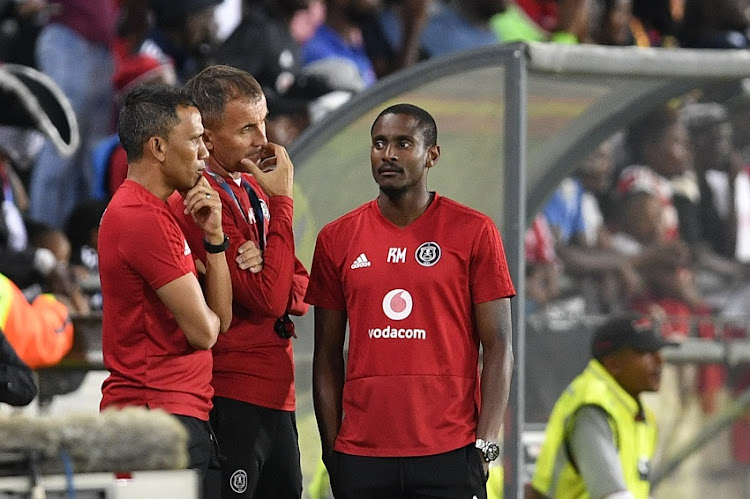 Orlando Pirates have shown their hand in the transfer market with the signing of seven players so far‚ but where does it leave their squad going into the new season?

There have been wholesale changes within The Buccaneers as the club also announced a number of departures‚ with coach Micho Sredojevic trying to find the magic formula to topple Absa Premiership champions Mamelodi Sundowns.

SowetanLIVE assesses the signings they have made so far.

Despite a strong finish to the last season from Wayne Sandilands‚ goalkeeper has been a problem position for Pirates for some time now.

All might expect to start‚ but given the effort to bring Delle in‚ you would think he will be handed the gloves in the new campaign.

An unknown quantity for local audiences‚ he does have good pedigree having played extensively in the Dutch and French top-flights‚ and last season played a couple of matches at top side Feyenoord.

He is also a former France junior international and at 29 is a good age for a keeper‚ with conventional wisdom suggesting they peak at the start of their 30s.

Good signing? On the face of it‚ an excellent capture in a problem position.

Dlamini featured in all but one of Bloemfontein Celtic’s Absa Premiership matches last season and pitched in with five goals‚ not a bad return for a wide player.

He can play on either wing and also more centrally if required‚ but is best out on the left.

Last year was his breakthrough season in the top-flight and there were no shortage of suitors after the campaign.

He also has a good grounding as a product of Farouk Khan’s Stars of Africa academy‚ that has produced a number of top players in recent years.

Good signing? A good young player but can he step up to the pressure of playing for the Soweto giants? He may also have to wait for his chance.

A centre-forward‚ but perhaps not in the traditional sense‚ Mabasa rose to prominence last season by his sheer weight of goals at Bloemfontein Celtic with 10 in all competitions.

It was a great return considering he had netted only two in the previous four seasons at the club‚ and none of those in the league!

He brings a different option for Sredojevic with a dominant left-foot and has good composure in the box‚ something often lacking from Pirates forwards in recent years.

Not likely to be a starter and may have to rely on the poor form of others to work his way into the side.

Would he have been signed were Celtic not in such perilous financial trouble?

A stand-out performer in a dismal season for Maritzburg United‚ Makaringe is due a move from KwaZulu-Natal and deserves the opportunity to test himself on a bigger stage.

He will have plenty of competition in the Pirates squad though from the likes of Musa Nyatama‚ Xola Mlambo‚ Ben Motshwari and Siphesihle Ndlovu‚ depending how the latter is used.

But he is a classy campaigner and will surely get his chance at some stage in the season.

Good signing? A proven PSL performer ready to take the next step in his career.

Ndlovu was a revelation in the 2017/18 campaign‚ but went off the boil last season as he battled to rediscover that magic form.

Perhaps what he needs is a change of scenery and so this move could come at the right time.

Certainly he is a player with quality who can operate centrally‚ but also in wide positions if needed‚ though possibly with lessor effect.

He had forced his way into the Bafana Bafana squad based on prior form and will want to regain that touch‚ with Pirates the right platform to shine.

Good signing? A young talent who has bags of potential who can be a genuine PSL star‚ but needs a shot of confidence.

Sam is a product of the Nedbank Ke Yona Team Search but has seen a rapid rise in his career after a superb season with Bloemfontein Celtic.

He is an attacking full-back who adds to the armory of the side and was nominated for Absa Premiership Young Player of the Season.

He is one of two new left-backs brought in following the departures of Thabo Matlaba and‚ seemingly‚ Caio Marcelo‚ and will compete with Innocent Maela and Paseka Mako for a place.

One for the future perhaps in this squad with more experienced players ahead of him in the pecking order.

There is movement between Chippa United and Pirates just about every transfer window and this time it is the chance of left-back Tlolane to make the adjustment.

He can also play in more advanced roles up the wing‚ but it seems his primary position will be at full-back‚ where Pirates suddenly look overloaded.

He is a solid performer though and has proven that at Chippa last season with some excellent displays.

Good signing? Hard to see where he will fit in.