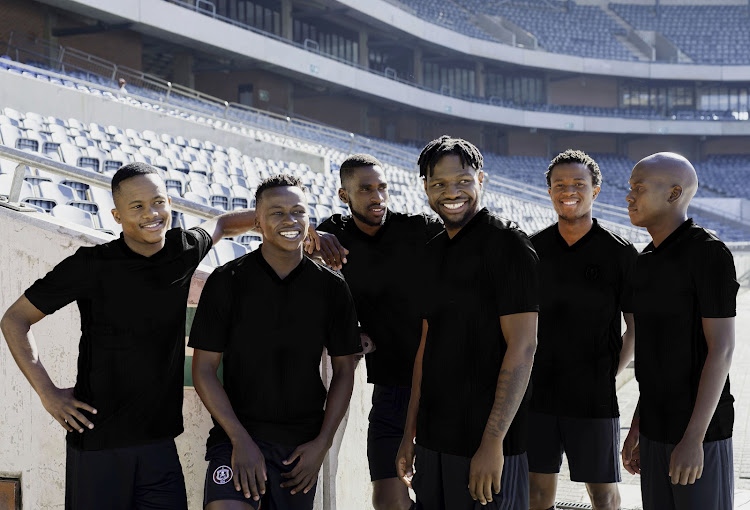 Orlando Pirates’ worst kept secrets are out after the club officially confirmed what has already been public knowledge for several weeks.

The Buccaneers assembled for pre-season on Monday and immediately announced‚ officially‚ the signings of six new stars who boarded the Sea Robbers’ ship from Bloemfontein Celtic‚ Maritzburg United and Chippa United respectively.

Barring Dlamini‚ all the names revealed on Monday were already in the public domain with Ndlovu and Makaringe even going as far as announcing themselves as Pirates dilly dallied on making the announcement.

The new recruits underwent medicals with the rest of the squad last week as they start preparations for pre-season looking to go one better than the runners-p finishes they achieved behind champions Mamelodi Sundowns for the past two campaigns in a row.

“Strengthening of the squad has been the number one priority for the administrative office in anticipation of yet another gruelling season‚” the club said in a statement.

“The six players will start training with the team as pre-season officially kicks off this afternoon.

Delle plucks the gap left by Jackson Mabokgwane‚ who was released last week following the expiry of his contract‚ while Nieminen will fill the post left by Briton Andrew Sparkes.

The Premier Soccer League is expected to start on the weekend of the August 2 2019.