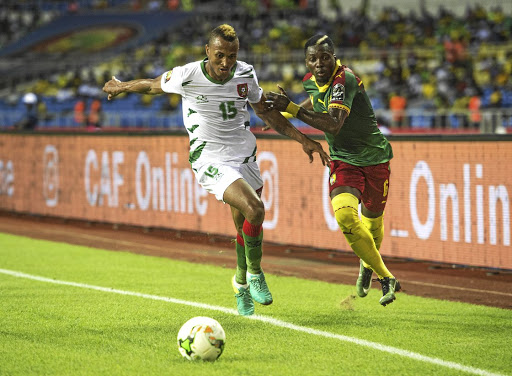 Following his rant against Pitso Mosimane this year, former Mamelodi Sundowns attacker Toni Silva is contemplating whether to quit football due to the dramatic manner in which his career has veered off course.

Silva, who launched a blistering attack on Mosimane after his departure from the Brazilians, was once seen as one of the future stars of world football.

Back in 2011 he was a fledgling winger on the books of Liverpool and played alongside Raheem Sterling, now with Manchester City.

At some point, he was seen as a better prospect than Sterling and was training with the senior team that included Fernando Torres, Steven Gerrard and Luis Suarez.

Mamelodi Sundowns coach Pitso Mosimane sounded like a man under siege during a hellish week for the tactician. Sundowns' elimination from the ...
Sport
2 years ago

But the temperamental winger has had a downward spiral since his days with the Reds. Silva has changed clubs no less than eight times since failing to make it at Anfield.

The 25-year-old, who now plays for Egyptian side Al-Ittihad, concedes that he has hit a low in his career.

"I feel I let myself down somehow, but I honestly don't know what more I could have done," Silva told BBC Sport.

"I get frustrated because I thought I deserved a chance and if I had got that opportunity, who knows where I could be now?

"I loved playing for Liverpool, but now when I watch Suarez play at Barca, Sterling at City and even Conor Coady at Wolves, I sometimes feel like I just want to give it all up. When people are texting me, saying 'that could have been you', it makes me want to leave football. It makes me feel so down, so sad. I always have this in my mind."

The Guinea-Bissau international will be remembered by SA fans for his scathing letter to coach Mosimane following his exit from Chloorkop.

Silva is currently on duty with his national team at the Africa Cup of Nations in Egypt, where Guinea-Bissau play their first match today against Cameroon.

Mamelodi Sundowns have completed the signing of AmaZulu striker Emiliano Tade, both clubs confirmed on Wednesday afternoon.
Sport
2 years ago
Next Article