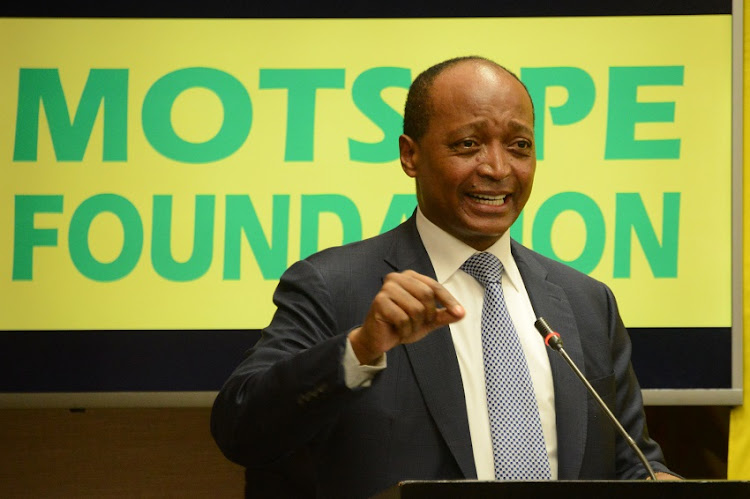 Patrice Motsepe speaks during the Motsepe Foundation national day of prayer launch on November 07, 2018 in Sandton, South Africa. The event, in its second year, to be held at FNB Stadium on November 25, is aimed at praying for the betterment of the country and the African continent at large.
Image: Gallo Images / Frennie Shivambu

Mamelodi Sundowns president Patrice Motsepe has urged South African players to invest their money wisely at the peak of their careers and earning power so that they are able to enjoy comfortable lives after retirement.

The local archives are littered with examples of players who fell on hard times after retirement and the Sundowns billionare owner said clubs have to work harder to ensure that players invest wisely.

“It saddens me immensely when I meet a former football player who played for Sundowns while I was the president and you can see that his financial position is not as it should be‚” said Motsepe.

“Sometimes we really have to do harder in terms of saying to them that you must begin to save some of your money.

"Some of them make me proud because they do their best in investment opportunities.

“These players have a short career and they have to make as much money as possible whilst they play football.

"They must use some of that money to invest so that it can look after them when they don’t play football anymore.”

Sundowns pays some of the highest salaries in the league and Motsepe said he got into football to try and change the living conditions of players.

“When I got into football‚ one of the main objectives was to try and make sure the salaries‚ living conditions and the pay of the players is good‚" he said.

"I knew that if I paid them very well‚ other clubs would do the same."

Sundowns won the Absa Premiership at the weekend after beating Free State Stars 1-0 away from him.

That result also confirmed Stars' relegation to the lower tier.

Mosimane said the players would share the R10m prize money.

“The prize money belongs to them and we are going to add a little bit more‚” he said.