Timeline: Cope's floundering founder Mosiuoa Lekota could be on his way out 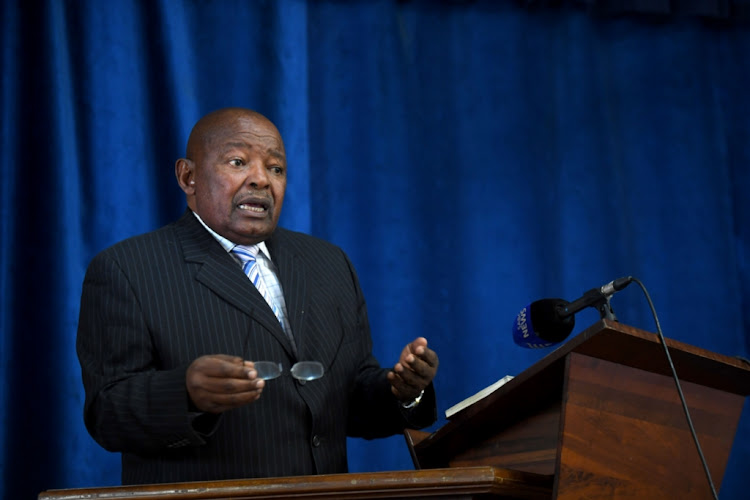 As speculation around the removal of Mosiuoa Lekota as Congress of the People (Cope) president continues to mount, many are asking: what went wrong?

From a formidable political leader to facing a possible ousting, here's what led to the dramatic turn in Lekota's fortunes.

From 1.3m votes to two seats in parliament

Cope made a powerful entrance in 2009 when it won 1.3m votes in the first elections it contested, winning 30 seats in parliament. But it never kept up the momentum, culminating in last week's returns showing that the party would get only two seats in parliament.

PODCAST | The arrogance of the ANC

Lekota should return to parliament but there will not be seats for his deputy, Willie Madisha, or the long-serving Deidre Carter.

At the results operations centre of the electoral commission (IEC) in Pretoria on Friday, the party's dismal performance at the polls showed that not even all of the party's registered members voted for it.

Lekota said the party was going to have a review.

"We want to establish where we went wrong. Why is it that even the membership of the party does not seem to have voted in full numbers? Because that figure there still falls below the number of members we have on our records," he said.

In 2018 Lekota joined AfriForum and urged South Africans and the international community to call on the government not to amend the constitution to allow for land expropriation without compensation.

Political pundits believe this move cost Lekota dearly, and may have influenced its showing in the elections.

According to a report by EWN,  Cope leaders were planning to call a motion of no confidence in Lekota, effectively removing him from his position. It's claimed that party members are placing the blame squarely on him and his links to AfriForum.

The party's general secretary, Papi Kganare, said it had not received a motion for Lekota's removal ahead of a party meeting next week.