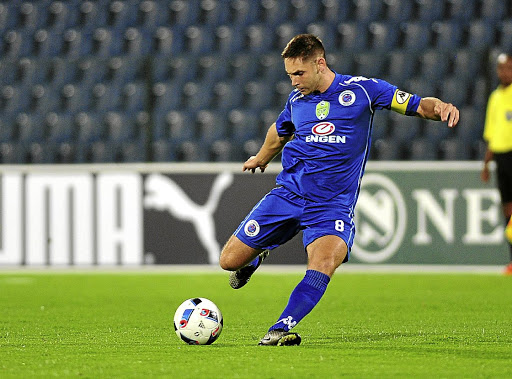 SuperSport United will be looking to improve on their recent terrible record against Cape Town City when they meet in the Nedbank Cup first round tie at the Cape Town Stadium on Saturday night.

United have suffered double defeats in the league against City and lost to the Citizens in the cup final of the MTN 8 early in the season‚ making their trip to Cape Town a tricky one.

Dean Furman‚ the captain and midfield stalwart of SuperSport who recently returned from injury alongside striker Bradley Grobler‚ said they will be looking to improve on their recent record against Benni McCarthy’s side‚ who have been in good form at home and away recently.

SuperSport lost 2-0 in their first round league match away against City and again went down 1-0 at home in January in the second round. A 0-0 draw in the MTN cup final ended in a 4-1 penalty shootout win for City in Durban in September.

Despite all of this‚ Furman believes United are capable of turning the tables against one of the most on-form sides in the PSL on Saturday night.

“The game is a huge one for us because they beat us in the MTN8 final and in the recent league game‚” said Furman who was on the sidelines for five months with injury before returning in the club’s 2-1 league win against Bloemfontein Celtic last weekend.

“City probably didn’t deserve a point and I was watching from the side. That one [defeat] probably hurt the most and I went down to the lads in the dressing afterwards and I could feel their pain.

“So that one is very fresh in the memory.”

On the coming Nedbank clash Furman said SuperSport have great memories of the cup they won twice in 2016 and 2017.

“It is the one that we were looking to turn in our favour‚ and it’s a competition that we are very fond of‚” he said.

“We have some great memories of this competition and we are hoping to build on those memories even though we know it’s going to be a tough game because City are a great side.”

With most of the players who were injured having returned and only striker Evans Rusike the major casualty‚ Furman said they are confident of turning the corner in Cape Town.

“Hopefully this is our turn to progress and get one over City‚” said the Bafana Bafana midfielder.