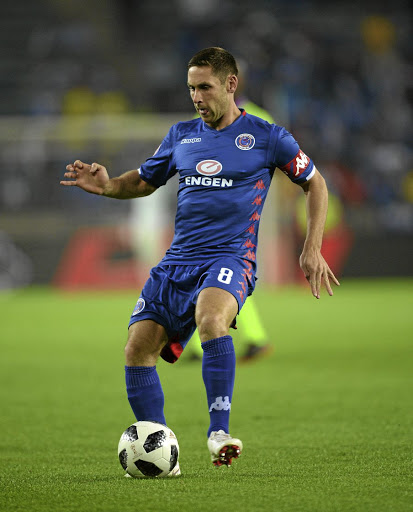 Being the first cup he lifted as SuperSport United captain in 2016 before defending it the following year, the Nedbank Cup holds a special place in Dean Furman's heart.

For Furman and his teammates to start thinking about winning their third local equivalent of the FA Cup, they must first beat Cape Town City in the tournament's first round at Cape Town Stadium tomorrow (8.15pm).

Heading into the showdown, these teams have already met three times this season, with coach Benni McCarthy's City winning all three contests.

"Yes. the Nedbank Cup is special to me because it was my first trophy that I lifted on SA soil and as SuperSport captain.

"But I am not focusing on the past, my concentration is [on] City," Furman told Sowetan yesterday.

SuperSport United are in talks with Tshwane rivals Mamelodi Sundowns to sign midfielder Lucky Mohomi on a loan deal until the end of the season.
Sport
3 years ago

"Thanks for reminding me [that City have already beaten them three times this term] but it is still fresh. I do not need to be reminded. The last game was two weeks ago. It was our final decision that let us down. It was painful to lose to City again."

The Matsatsantsa skipper also hopes to use the cup as a passage to return to the CAF Confederation Cup. Furman is still nostalgic after their defeat in the final at the hands of TP Mazembe in 2017.

"Our memories are fond... of course it hurts we lost to TP Mazembe in the final. It was a fantastic experience to represent SA on the continent."

Meanwhile, McCarthy is not at ease that SuperSport striker Bradley Grobler has returned from injury. "SuperSport is a very physical side.

"The bonus they have is that they've their talisman [Grobler] back and Dean, a solid and organised midfielder . a born leader," said McCarthy.