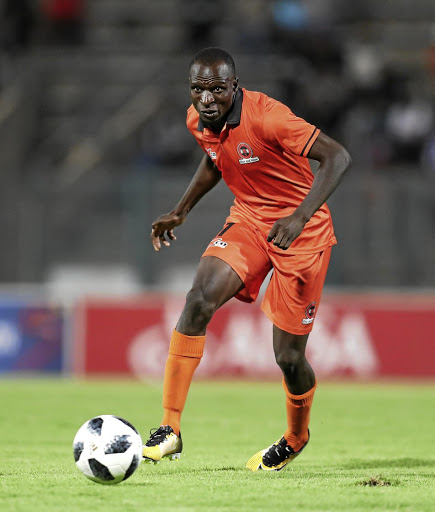 Polokwane City striker Rodney Ramagalela is still sidelined at the club, but perhaps this gives him time to think of his next move with many options available to him.

Ramagalela, 30, has not been training with Rise and Shine with claims that he has been frozen out because he's refusing to pen a new deal with the Limpopo side.

The player's agent, Mike Makaab, has however rubbished these claims and said the suspension relates to insubordination, though it has not been disclosed what he did.

He's in the last six months of his contract and, according to Fifa rules, at liberty to speak to clubs that are interested in his services.

Meanwhile, SuperSport winger Thuso Phala has also not been training with the team since last month.

Phala, 32, has also been linked with Pirates and Highlands Park, while there's also a mention of Bidvest Wits.

Wits, in the meantime, are set to sign forward Fagrie Lakay from SuperSport before the close of the PSL transfer window on January 31.

But probably the biggest move of this window would be George Lebese leaving Mamelodi Sundowns.

The 29-year-old, who's yet to play for the Brazilians this season, is on Cape Town City's radar.

He's also been linked with a return to his former club, Kaizer Chiefs.