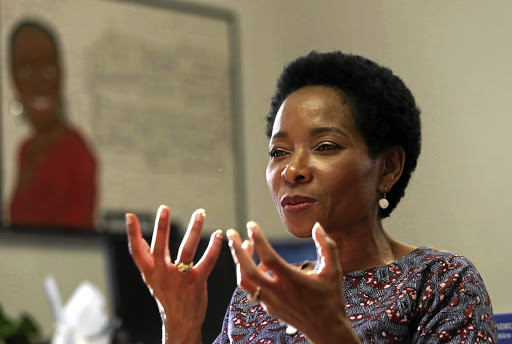 Giving as good as she gets

Vera is not one to freely dish Charmza of the Week awards to anyone. But University of Cape Town vice-chancellor Professor Mamokgethi Phakeng deserves one for the hot digital klapshe gave to DA MP Belinda Bozzoli.

Bozzoli had taken to Twitter to allege that state funds were being abused by SA delegates who had taken their spouses along to the World Economic Forum in Davos.

She singled out UCT as the only varsity on the list of delegates and asked "what is in it for them" considering the travelling costs.

But the good Prof wasn't about to let Bozzoli's comments go unchallenged.

I am here @Davos on invitation as a specialist participating in two panels on the future of higher education. No private jet & I fly economy. I also visited our partner universities here. My hubby paid for himself. Thanks for asking."

Red-faced, Bozzoli than tried to sound conciliatory without actually apologising: "Thanks for your response. It did seem an anomaly. This helps. Hope you have a productive time."

But Phakeng was not having it:

"Dear Prof Bozzoli, An apology would have been more appropriate but I understand you can't. Did you know that the previous UCT VC attended WEF annually & he was never invited to present? It's my first & am invited to present, so perhaps a "congrats Kgethi" would be more civil. Thanx."

Now that's how to shut down privileged arrogance, you go Prof!

Speaking of arrogance, the last apartheid president emerged from obscurity this week and dared to lecture the rest of us about our country no longer being a nonracial society.

"We're observing a disturbing escalation of aggressive racial rhetoric punctuated by ugly incidents, such as the recent victimisation of a young teacher in
Schweizer-Reneke."

Schweizer-Reneke teacher can return to school after labour court win

So to him "aggressive racial rhetoric" is the suspension of a teacher who shared a video of a racially segregated class and not the fact that, 25 years into democracy, some still practise the ugly policies promoted by the party he once led, the Nats!

Somebody better remind him he is no longer president and should stop with these "national addresses" he gives at the beginning of each year.

That other one who also has not accepted that he is no longer president has been unusually quiet this week.

Vera suspected he was waiting for the month end in order to top-up his data. But others say he first wanted to know how much Angelo Agrizzi had to reveal about his twerking sessions for Bosasa at a fee of a cool R300,000 a month.

All speculation was ended on Friday, however, when he posted a picture of himself shadow-boxing with his "bundle of joy" Duduzane on Twitter.

Vera hopes the picture doesn't reach one Thembinkosi Ngcobo, a senior executive at the eThekwini municipality. The picture may just encourage Ngcobo to take city resources and use them to organise a father-and-son boxing bout.

Akere Ngcobo is the same guy who thought it cool to take money that is supposed to be used to clean parks and cemeteries to help uBaba become a recording artist.

What to make of Zandile Gumede, the mayor who pulled the plug on the Mshini Wam album?

One week driving around with Thuma Mina in Durban, the next thing she tells the nation Mshini Wam is off-tune?

The will be no Zuma album, says eThekwini mayor

Jacob Zuma's singing voice has been muted for now.
News
3 years ago
Next Article