Phalane explains how Komphela has kept Celtic's minds on the field 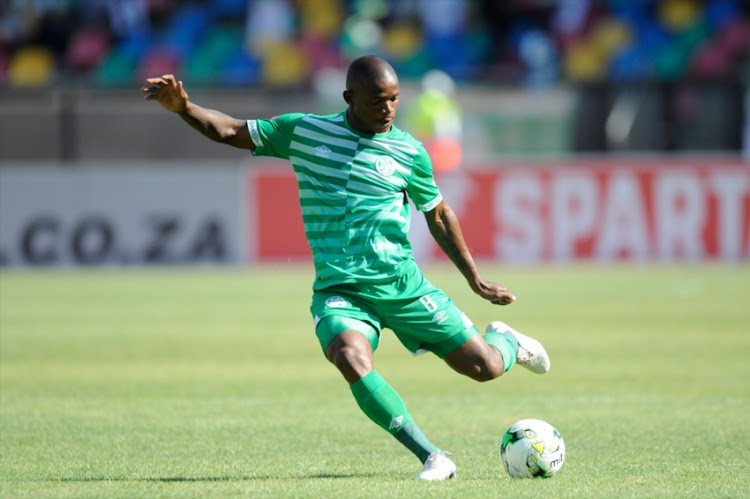 Bloemfontein Celtic could go top of the Absa Premiership with victory over SuperSport United at Dr Molemela Stadium on Wednesday‚ and once they get there key midfielder Lantshene Phalane says they will hold on to their place at the summit.

Celtic have been the surprise package of this season under coach Steve Komphela‚ despite the cash-strapped club having a number of off-field issues.

No team has managed more than their average of two points per game and victory over SuperSport will leave them ahead of current leaders Orlando Pirates on goal difference‚ but with two games in hand.

Phalane has played in every minute of the campaign for Celtic so far and says the team’s ambition this season is to win the league‚ even if there are many who have written them off despite their good start.

“People say if we go to the top of the league we will just be holding the umbrella for others to come and take top spot from us. But no‚ we are going to try and go there and stay there‚” Phalane told SowetanLIVE.

“We have not been out of the top four since the start of the season‚ despite most of the teams around us having played two or three games more than us.

“We can get to No 1 and stay there. That is what we all want and the players and coaching staff are hungry to deliver that for the people of Bloemfontein. Every game now is a must-win.”

Celtic will not have been in action for 18 days by the time they host SuperSport‚ with their last fixture a remarkable come-from-behind victory at early-season pacesetters Bidvest Wits.

Phalane admits the Fifa break perhaps came at the wrong time with the team building momentum.

“When you are playing week in‚ week out and you have a break for the Fifa internationals and the cup it can bring the mood of the players down. You just want to keep on playing‚” Phalane said.

“But we still feel like we are in great form and we need to pick it up where we left off.

“For us it is in the mind‚ we know we have quality players and we must just continue to do what we do best. Steve is a great coach and he has kept us focused.”

Phalane said the players have not allowed their club’s off-field issues get in the way of their performances on the pitch and that Komphela has played a role in that.

“He is the one motivating us every day. Before every training session we have a meeting for 15 to 20 minutes for him to talk to us and see if we are OK‚” the midfielder said.

“After that‚ when you get to that training session‚ you really feel like you are ready to work.”

This is a fixture that has traditionally favoured the home team with the away side not managing a victory in any of the last 14 clashes between the sides dating back to 2012.

That being said the last five meetings between the teams in Bloemfontein have ended in draws.

Victory for SuperSport will see them move two points behind Pirates with two games in hand and well in the title race in what is looking like the most open championship in recent times.