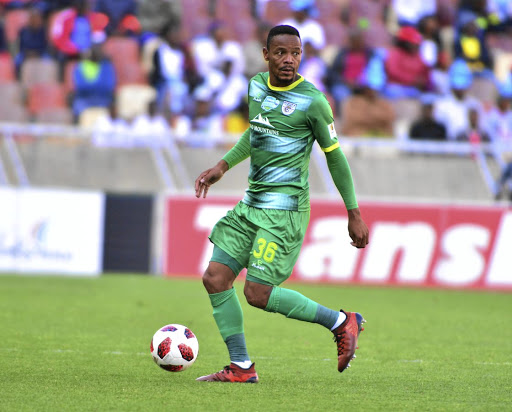 Thabiso Semenya is sure that Baroka can upset Wits in the TKO semis. /Gallo Images/ Philip Maeta

Veteran Baroka FC defender Thabiso Semenya admits that for many players in his team, their next match against Wits will be the biggest of their careers.

Bakgaga are set to face the defending Telkom Knockout champions in the semifinal of the competition on Sunday (3pm). The Polokwane outfit are looking forward to rewriting their history by reaching their first cup final.

While R4m is up for grabs in the competition, lifting the trophy would mean so much more for the club that was founded in 2007.

The 36-year-old Semenya has urged his young troops to play the game of their lives at the Peter Mokaba Stadium.

"The main thing is about imparting the knowledge of being at this stage [of the competition] and to let them know that this is the final before the final.

"The mission of the team is to go to the final. Wits has a reputation when it comes to cups, so it will be a tough match."

Wits, who won the title after a 1-0 win over Bloemfontein Celtic last year, are among the in-form teams in the PSL.

Polokwane City have confirmed the appointment of Slovakian coach Jozef Vukusic ahead of the 2018/19 PSL campaign.
Sport
4 years ago

The former Platinum Stars player has high hopes that a good cup run in the TKO will boost their league campaign, where Baroka are 12th on the table with 10 points from 12 games.

"We will not be intimidated, but I can only say that they [Wits] have more experience than us, so it will be up to us to be determined to reach the finals.

"I hope that a win in the cup will turn our fortunes around in the league ... that is what we are hoping for."

Baroka coach Wedson Nyirenda also reiterated that a finals berth in the TKO could be the turning point of their season.

"These are two different competitions [league and TKO] ... in the cup the rivalry ends on the same day while the league goes on for the entire season," Nyirenda said. "With this one [TKO] players go flat-out and know we have to win to advance.

"Yes, in the league we have not been consistent but our last few games have shown something different," he added.