How PSL teams have fared so far in a tough season 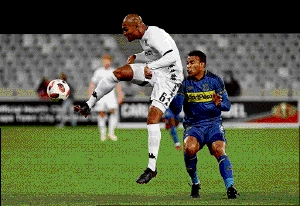 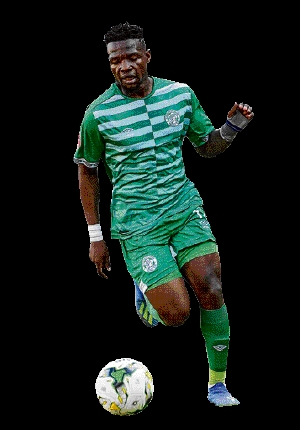 With the Absa Premiership fast approaching the halfway mark, Tiyani Mabasa looks at the teams' performances. Some need major improvements - and fast!

Bucs have scored in most of their matches and the fact that wingers Vincent Pule, with four league goals and Thembinkosi Lorch [2] are getting the goals, means there's no over-reliance on the strikers. In defence, led by skipper Happy Jele, Pirates have kept just three clean sheets in 13 outings in the league and that should be a big concern.

Wits have the best defence in the league alongside Celtic and Sundowns and Robyn Johannes has proved to be a great addition. They have 15 goals, making their attack one of the best together with the likes of Pirates (6) and Chiefs (15).

Defensively, they are sound, having conceded just six goals despite losing central defender Alfred Ndengane. It's in attack where they have to pull up their socks with 11 goals in 10 games. The league's top scorer Tshegofatso Mabasa with five goals is showing a lot of promise.

One of the reasons the Brazilians won the league last season was the fact that they had the best away form with 10 wins and just one loss and it's a similar story this campaign.

In fifth spot, they have one of the best attacks (15 goals), but they are far from a finished product, because they concede just as much (11). Forward Khama Billiat, credited with four league goals, has been instrumental.

In terms of their home form, Matsatsantsa, who are now guided by Kaitano Tembo, are one of just four teams (including AmaZulu, Highlands Park and Sundowns) who are yet to lose on their own turf. It also helps their cause that striker Evans Rusike boasts four league goals of the 12 scored by the Tshwane side.

With six clean sheets in 11 matches, Slovakian mentor Jozef Vukusic has ensured they are not haunted by the ghost of the past. Captain Jabu Maluleke continues to lead by example despite his age (36).

The Citizens' undoing is their lack of consistency, but would be encouraged by the fact that they've won their last two games. City have improved in terms of scoring goals with 14 from 10 matches.

Coachless Ea Lla Koto are a difficult side to play at home and in that regard, they've won more points in their own backyard (11) from seven games than any other team. But on their travels, they are one of six teams that are yet to win an away match. Stars have the worst defence in the overall standings with 18 goals conceded.

It's really not a bad start by the Lions of the North after their promotion, with just two losses in 10 outings. Defensively, they are a tight unit with ten conceded with the likes of Junior Sibande solid. It's on the other end of the field that they must up their game.

The one thing that stands out from their statistics is the fact that they've drawn six out of 12 games! In all their matches, they managed to score two goals in just one match, which was their 2-0 win over Maritzburg United in August.

Before their 2-1 over Arrows, Baroka had lost all five of their away matches and scored no single goal away. Last season, they lost six in 15 away matches and are now one loss away from equalling that.

Between the Chilli Boys and Arrows, they are the two teams that have either been losing or drawing at halftime in all their matches. Chippa have two wins, but they only achieved that in the second half, which means they are not good starters.

Now without a coach after the departure of Joel Masutha, Lidoda Duvha have the second worst defence (17 conceded) behind Free State Stars and another concern could be that they haven't won away in six matches losing four and drawing two.

With just four goals in nine league matches, the KwaZulu-Natal midlands side are the PSL's lowest-scoring side and on the flip side, the Team of Choice has one of the best defences with seven goals conceded.

Usuthu's away form is also nothing to write home about. Besides losing all four, they've also failed to score.

At home - King Zwelithini Stadium in Umlazi, Durban - they are one of the toughest teams to beat with no league loss in six matches.