Thapelo will keep going for the gap 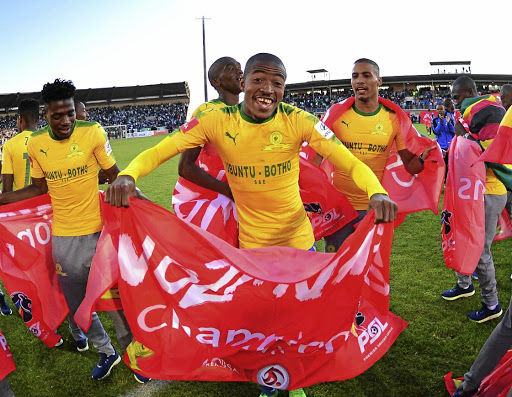 Mamelodi Sundowns winger Thapelo Morena will keep smiling despite being overlooked for the Africa Cup of Nations fixture against Nigeria at FNB Stadium on Saturday. /Samuel Shivambu / BackpagePix

There are a handful of footballers whose physical appearance makes them distinguishable from the rest.

Some are famous for their wacky hairstyles while with others it's their tattoos. Thapelo Morena, on the other hand, is well known for his million-dollar smile.

What many don't know is how the Randfontein, west rand-born ace got it.

"When I was young I fell at school so my two front teeth were broken from the bottom. I was 10 years old," Morena said. "It was very difficult for me to talk and it brought about a shyness in me. But now I am grown up and I am comfortable with it."

Morena's famous gap at first was a cause for embarrassment, but 15 years later it is his trademark.

Morena thanks Sundowns’ coaching staff for getting him into Bafana

Thapelo Morena has thanked Mamelodi Sundowns’ coaching staff for the investment they have shown in him after what seems a long overdue Bafana Bafana ...
Sport
3 years ago

"It taught me to be strong and it enhanced my character. I have been through a lot in my life as I also lost my mother about 10 years ago," he said.

The 25-year-old is unlucky not to be part of the current Bafana Bafana setup.

A quad injury forced him to withdraw from the national team for the Seychelles double-header last month, and he has been overlooked for the Nigeria clash on Saturday.

But the former Bloemfontein Celtic speedster is not giving up hope.

"I will play at my level best for Sundowns and I hope to be selected again in future. Back when I withdrew from the squad coach Stuart [Baxter] had a talk with me to tell me that my time will come."