Orlando Pirates back where they belong‚ chasing stars in Africa 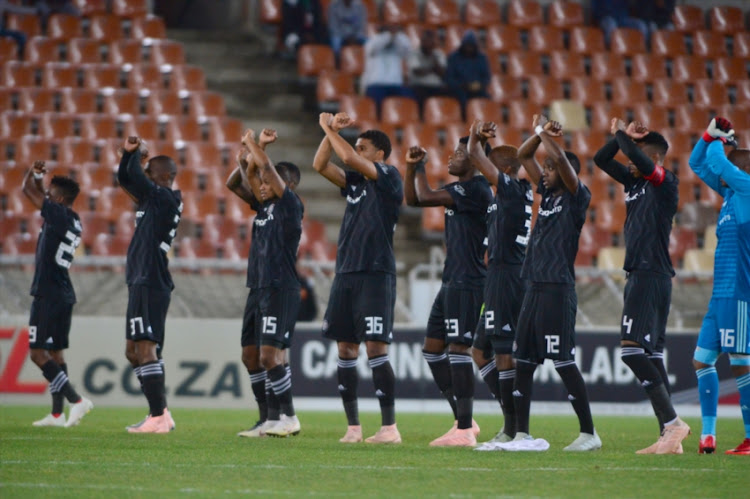 Orlando Pirates are back where they belong in the Caf Champions League‚ and want to take the tough journey across the continent to another final‚ or even the trophy‚ Bucs’ captain Happy Jele has said.

That turned out to be Pirates’ last game in the Champions League until now‚ though they also went on to be 2013 Caf Confederation Cup finalists.

Bucs return to the ACL as 2017-18’s Absa Premiership runners-up.

Jele – who was suspended for the second leg in Cairo five years ago‚ where a brave Buccaneers lost 2-0 in front of a wall of red noise from Ahly’s spectacular support at the Arab Contractors Stadium – said Bucs were playing for their supporters then.

He said Pirates’ return to continental competition after a two-year absence gives them a chance to potentially reward their fans with that second star that has eluded the Buccaneers since their famous 1995 Champions Cup triumph.

“When we play against Light Stars on Wednesday it will be the start of a long and difficult journey‚” Jele said‚ displaying his experience of the gruelling path that continental success requires.

“Personally speaking‚ I was there when we reached the 2013 final; I remember how close we came and how much we wanted to clinch the Champions League trophy‚ especially for our supporters.

“Now that we have been given another chance it is key that we start things off on the right foot and build the momentum from there.

“From just looking at our next four fixtures we have a tough task ahead of us and as such it is key that we have our supporters there to help us pull through and it all starts on Wednesday.”

Pirates’ extra exertions from playing in Africa begin immediately‚ and they will face four matches in the next 14 days‚ including the second leg against Light Stars in Seychelles on Wednesday‚ December 5.

Defensive midfielder Ben Motshwari‚ who missed Bucs’ 2-1 Telkom Knockout semifinal win against Kaizer Chiefs in Durban on Saturday with a knock picked up in a friendly game‚ is to undergo a fitness test ahead of the meeting against Light Stars.