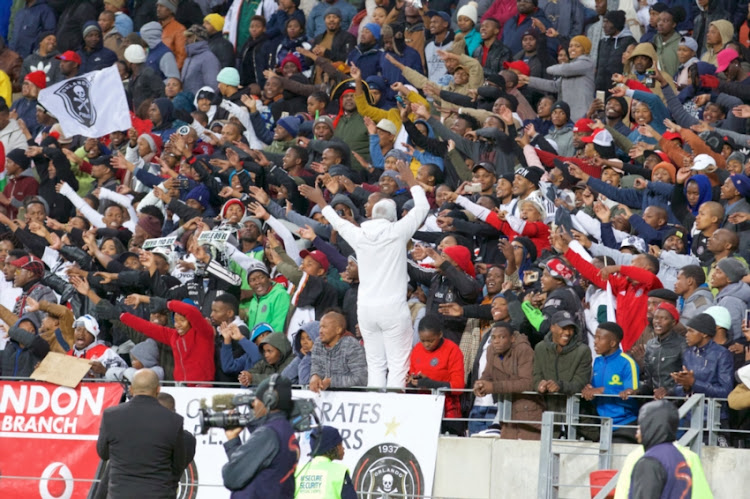 Orlando Pirates have urged their supporters to descend on Orlando Stadium in great numbers as they get their CAF African Champions League campaign underway against Light Stars of Seychelles on Wednesday night (7.30pm).

Bucs coach coach Milutin Sredojevic made the appeal to the club’s faithful after his team dismantled Kaizer Chiefs 2-1 in the Telkom Knockout semifinals in Durban on Saturday.

The Buccaneers’ last stint in continental competitions was in 2015 when they lost in the final of the CAF Confederation Cup against Etoile du Sahel of Tunisia with coach Eric Tinkler at the helm.

Pirates were also defeated in the final of the Champions League in 2013‚ going down to Egyptian giants Al Ahly when Roger de Sa coached the Soweto club.

“We still have the final (TKO against Baroka on December 8)‚ but when we look behind ourselves we’ve got so many things to be proud of.

“To win three consecutive derbies in one year‚ I think it has not happened for a very long time‚ is something we are very happy with.

“This is an injection (winning the derby matches) for us to work harder and get better and we are looking forward to use this in a best possible way… the best power given to us and that is power to make our supporters happy and proud of us.”

Sredojevic said his team will do well to avoid underestimating their little-known opponents from the Indian Ocean Island.

Pirates’ entry in the Champions League will also see them possibly using former Bloemfontein Celtic defender Alfred Ndengane who they signed after the start of the current PSL season.

“I know that you know that he (Ndengane) is there‚” Sredojevic said.

“A player of Ndengane’s quality will add so much to the team.”