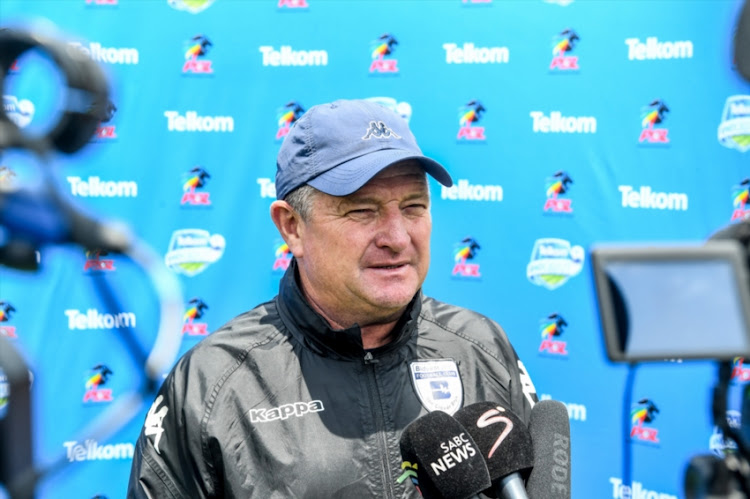 Bidvest Wits coach Gavin Hunt will be banking on his team’s impressive away record when they take on highly unpredictable Baroka FC in their Telkom Knockout semifinal clash at Peter Mokaba Stadium on Sunday.

The Students are unbeaten on the road this campaign after five wins and three draws in all competitions‚ and Hunt said he was happy that they are hitting the road to Polokwane instead of playing in Johannesburg.

“We look a better away side this year. At home we look a little bit anxious and we get caught like we did in our last match at home‚ where we lost 2-1 to Bloemfontein Celtic‚” the coach said.

“Maybe an away game is better and it will be a nice wide pitch.”

Though he is happy to be playing away‚ Hunt is concerned about the afternoon Limpopo heat that is expected to rise up to 28°C and may pose problems for his players.

“It is a day game and the heat may be a problem‚” he said‚ adding that Baroka will be motivated to do well in the match because of their topsy-turvy start to the season.

“Baroka have had two good results over the last two matches‚ they are not going to win league and this is their chance to win a trophy.

“They will have the desire and put a good effort and we will have to match that. We have had players away with the national team and you don’t know what you are going to get from them when they come back.

“They played on Tuesday and they are not going to do anything on Wednesday‚ which means they will basically have one day of preparation on Friday.

“Chiefs and Pirates will not have any preparations because they play on Saturday but at the same time players should know what is required.”

Hunt has key midfielders Granwald Scott and Daylon Claasen back back in contention after recovering from long-term injuries.

“They are both training. Daylon has made further progress than Granwald but they are coming into contention‚” the coach said.

“They were initially earmarked to come back only next year and they will come into the reckoning for this year because we have about five games left before the Christman break.”