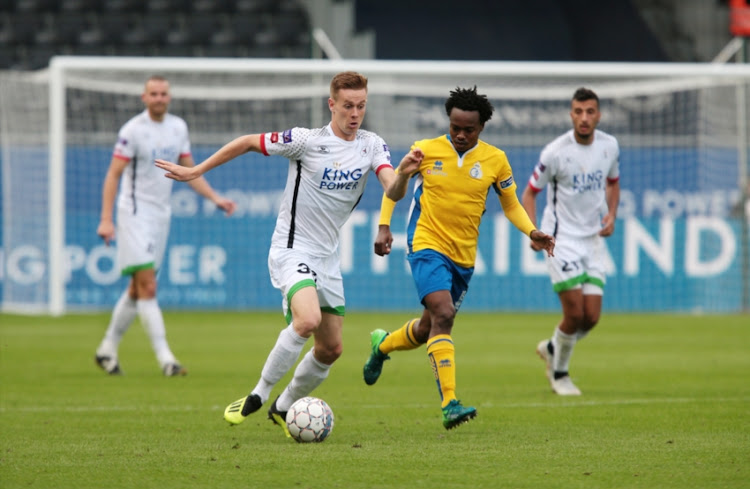 Percy Tau says it is high time Bafana Bafana were regular participants in major tournaments and says the squad is good enough to achieve that goal as they prepare to face lowly Seychelles in home and away African Nations Cup qualifiers over the next week.

Speaking exclusively to SowetanLIVE in Brussels‚ where Tau has been starring for loan club Royale Union St Gilloise‚ the former Mamelodi Sundowns forward says if the national team can just convert their chances‚ all other facets of their game are there.

"The squad is good enough to do that [qualify for Afcon]‚ we just need to get the goals. It was unfortunate that we drew [0-0] against Libya and it is now time for us to collect maximum points‚” Tau said.

"We want to go to Afcon‚ it is one of the biggest tournaments for us as the national team and we want to be part of that. It is about time that we started to participate regularly in these major tournaments. I think all of us want to see that.”

Back-to-back wins over Seychelles would take Bafana to the brink of qualification for the Nations Cup in Cameroon next June-July after their excellent 2-0 victory away in Nigeria last year laid the platform‚ a game in which Tau netted the second goal.

That was one of five strikes in 13 caps for the skillful forward‚ a record he still wants to improve.

"I am confident that we will do that [beat Seychelles]‚ but you know it is about getting the goals. There is a lot of teamwork that has to be done‚ but the squad is good enough.

"I'm happy‚ but there still has to be progress on that [his national team scoring record]. I always find pleasure in scoring goals or providing assists because that shows good progress for me.”

He backed that up with a goal and won a penalty for St Gilloise in their 2-0 victory over Kurt Abrahams’ Westerlo on Sunday.

Tau will be joined in this camp by Lebo Mothiba‚ who has started the season with four goals in France’s Ligue 1 for Lille and new club Strasbourg.

He believes the emergence of the 22-year-old‚ who has two goals in two caps after netting against Angola and hosts Zambia in the Four Nations tournament in Ndola in March‚ is another positive sign for national side.

"A lot of guys are doing well in Europe. For Lebo‚ we are proud that he has gone to a new club and is scoring goals‚ even though he was doing that at his previous club as well. It's a good move for him and to hit the ground running is crucial‚” Tau says.

"It reflects very well on him and for the national team‚ and we would also like him to score as he did in Zambia. If we can have that‚ to get the goals‚ we will play in the major tournaments.”

Bafana host Seychelles at FNB Stadium on Saturday‚ before travelling to the Indian Ocean island for the return game on Tuesday.