Baxter looks to Ndlovu for goals 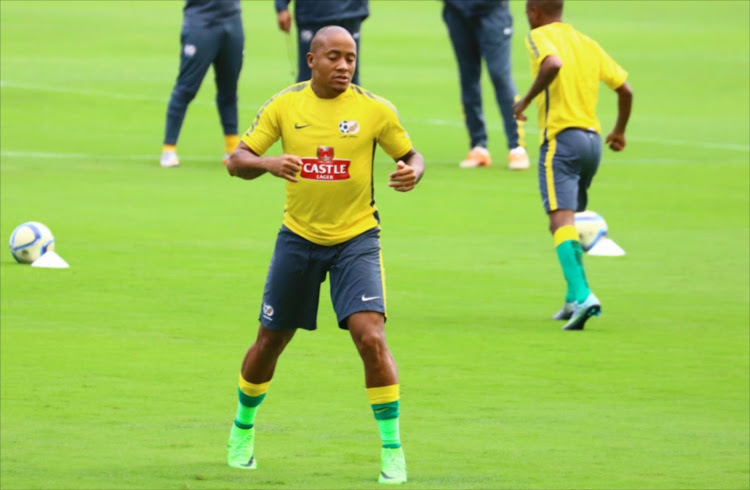 Twelve months after last playing for Bafana Bafana, striker Dino Ndlovu has been called upon to help the national team bulldoze their way past the Seychelles.

The marauding goal- poacher, who plays for Zhejiang Greentown in China, has been brought in to bring much-needed bulk in attack.

SA will take on the islanders at FNB Stadium on October 13 in a qualifier for the 2019 Africa Cup of Nations in Cameroon. They will then face off again in a reverse fixture at the Stade Linite on October 16.

After overlooking Ndlovu on numerous occasions, coach Stuart Baxter felt he was the right fit for their next opponent.

"If you look at the strikers who are hitting the net regularly then Dino is doing that," Baxter said about Ndlovu, who last played in October 2017 against Burkina Faso.

Former SuperSport United striker Dino Ndlovu has made a return to the Bafana Bafana squad for the back-to-back 2018 World Cup qualifiers against ...
Sport
6 years ago

"Against a team like Seychelles, we will need a little bit of muscle. I think that if Dino plays, he believes he is going to score," Baxter said.

"I am not sure how many strikers believe they are going to score. Whether he is the first or 10th division, he is scoring goals," he said.

Since his first match on June 2017, Baxter has guided Bafana to five losses, four wins and one draw.

The Brit admits that he was concerned about his team's negative results ratio against smaller nations.

"In terms of the group situation, I don't think anybody thinks we have been good playing the so-called smaller nations," Baxter added.

"I don't think any of us did ourselves any favours by calling Cape Verde a smaller nation. The truth is we have had issues with teams like this and we need to address it. We need to get six points in these games. We need to show steel and professionalism."

Bafana are second in Group E, with four points after two games.

"Our four points put us in a good situation if we do the job properly against the Seychelles. This issue of the so-called minnow - we need to put it to bed."