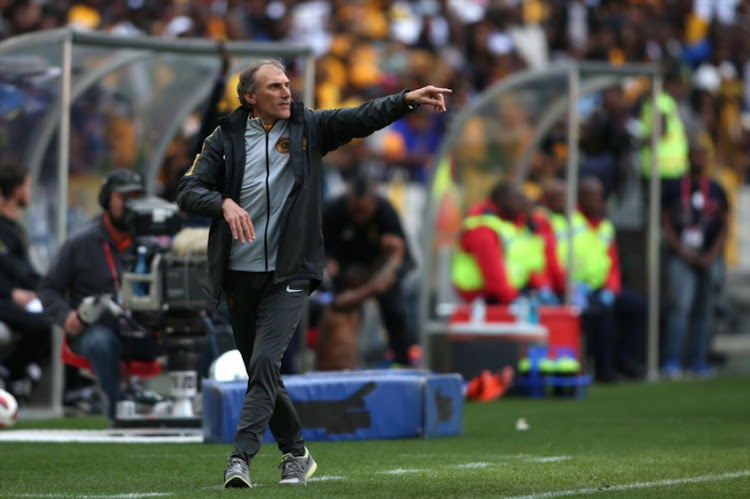 Kaizer Chiefs coach Giovanni Solinas is getting on with life without Siphiwe Tshabalala even though he described the player’s departure to Turkish outfit Erzurumspor as a massive blow to the club.

Solinas said he’s find solace from the fact that he has players like Philani Zulu and “the dynamic” Dumisani Zuma to plug the hole left by Tshabalala.

“Shabba is a big loss because he is a legend at Chiefs‚” said Solinas in an exclusive interview with Sunday Times.

"But when a guy like Shabba comes and says I have this opportunity‚ it is a dream we must all help him to fulfil.

“We support this opportunity and we wish Shabba all the best because we are very happy when Shabba is happy.”

Tshabalala (34) left Chiefs at the beginning of September after spending 12 years‚ playing 372 games and scoring 58 goals.

Solinas said converting Zulu from left back to left winger was one of the options he can use to deal with Tshabalala’s unexpected move.

“Zulu has already scored two goals in his new position as a winger and should score more because that’s where he’s told me he feels comfortable playing‚” said Solinas.

“Having Shabba guiding the young guys like Zulu would have been nice‚ but I feel we are covered in that area for now.”

Zuma is a right winger but such is his energy and quality that he can play on the left and also as a supporting striker.

“Zuma is a versatile player who plays in almost every attacking position on the midfield.

"He’s already showed this season how eager he is to help his teammates on the field‚” said Solinas.

After a bad start to the league in which Chiefs only earned four points from five matches‚ Solinas has managed to rejuvenate Amakhosi and placed them among the early frontrunners.

Chiefs have emerged victorious in their last three league matches against Cape Town City (4-1)‚ Free State Stars (2-0) and AmaZulu (2-0) ahead of Tuesday night's short trip to a sold out Makhulong Stadium where they face promoted Highlands Park.