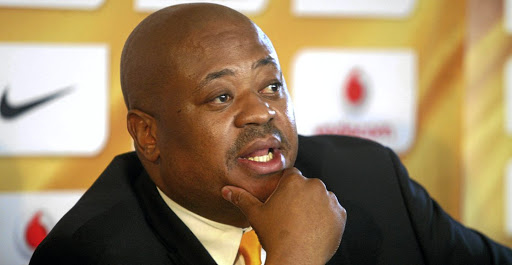 Bobby Motaung of Kaizer Chiefs must find cash to settle with Sars or risks losing his assets.
Image: Veli Nhlapo

Kaizer Chiefs football manager and businessman Bobby Motaung has been slapped with a lawsuit by the SA Revenue Service (Sars) for a staggering R51m tax bill .

This comes after the businessman, son of Chiefs owner Kaizer Motaung, allegedly failed to pay his income tax for a number of years.

Motaung, however, told Sunday World that he had not received notice of Sars's court proceedings.

"If I owe Sars R51m, as you say, why am I being called by Sunday World and not Sars about this matter? I have not received the summons and therefore I have no comment," he said.

Sars spokesperson Sandile Memela said: "As you may be aware, Sars is not in a position to divulge specific information and details on the affairs of taxpayers.

"Sars is bound by chapter six of the Tax Administration Act, 2011, dealing with confidentiality of information, and more specifically, section 69 of the act, which provides for the secrecy of taxpayer information. This includes investigations into taxpayers or traders."

Based on a certified statement filed at the South Gauteng high court this week, Sars is seeking judgment against Bobsteak, as Motaung is known in football circles, including an order authorising the sheriff of the court to attach his assets to realise the payment of his tax debt.

The papers filed in court show that they were issued by the Alberton Enforcement Office of the taxman.

The papers show that the soccer boss was instructed and warned to make full payment within 10 business days from the day of the notice.

However, it appears that he failed to heed the demands.

The two men accused of trying to solicit a R600 000 bribe from Kaizer Chiefs boss Bobby Motaung were denied bail.
News
3 years ago

"Failure to make payment will result in the appointment of any third party who owes you money or holds money for you, [being instructed] to immediately pay the money to Sars, and/or a civil judgment being entered against you, in which case a warrant of execution may be issued for the sheriff of the court to attach and sell your assets," reads the Sars letter to Motaung.

The court papers suggest that Motaung did not respond to Sars within the stipulated 10 business days as per the notice.

Sars then wrote a letter to his bank requesting information about all his accounts. However, it appears that despite making these efforts to recoup the money, Sars did not get a cent from Motaung's accounts.

Explaining the delay in the legal action against Motaung, a senior Sars officer revealed that the taxman's investigation took longer than expected and was only completed last year.