George Maluleka revved up ahead of clash 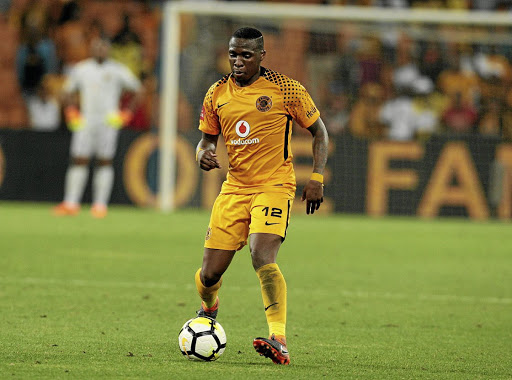 The positive mood change in the Kaizer Chiefs camp is palpable with the players buzzing thanks to the Glamour Boys' three-match winning streak.

A fortnight ago, Bernard Parker said the team had returned to the "Chiefs way of playing", while his teammate George Maluleka is this week showing the bravado of old ahead of their league clash against Highlands Park tonight at the Makhulong Stadium in Tembisa (7.30pm).

Maluleka said: "It has to be three points. Of course, I don't take anything away from our opponents, but we want to continue our winning run."

After missing the opening nine games in all competitions for Amakhosi, the 29-year-old was picked as man of the match on his first appearance this season against Free State Stars, a match they won
2-0 over a week ago.

Against the Lions of the North, the versatile midfielder will be making a return to his hometown.

"I used to play there from the age of six or seven, participating in youth games and tournaments. It was wonderful. I used to score a lot of goals," he said.

The Glamour Boys have surged up the table to third position on 13 points while Highlands are ninth with seven points.

Despite his confidence though, Maluleka conceded that Amakhosi have a fight on their hands against Owen da Gama's men.

"Highlands are a good side. It's always difficult against them as they are fighters. They also have a very experienced coach in Owen da Gama.

"We just need to keep our focus and be mentally strong. We have now won three games in a row and that has given us a lot of faith. We want to build on that. We want to keep the momentum."

The club also confirmed yesterday that they will abide by the Premier Soccer League's (PSL) disciplinary committee ruling to play Polokwane City behind the closed doors at the Moses Mabhida Stadium on Saturday despite appealing.

Amakhosi were penalised for the destruction at the Moses Mabhida Stadium in April when their fans went on the rampage after losing 2-0 to Free State Stars in their Nedbank Cup semifinal clash.

Although the club has launched an appeal, the PSL handbook states that: "An appeal against an order of the disciplinary committee or the dispute resolution chamber will not suspend the operation of that order pending the finalisation of any appeal in respect of that order."