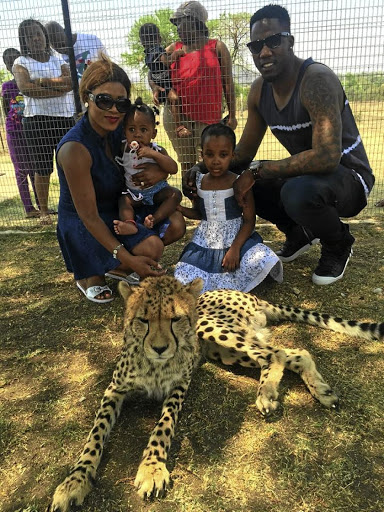 George Chigova's first year in South Africa was no bed of roses as he struggled to adapt to life away from his native Zimbabwe.

The Polokwane City shot-stopper was only 23 when he joined SuperSport United from Dynamos in 2014, but didn't make an appearance for the Tshwane side. A year later, he made the switch to Polokwane and has been with Rise and Shine ever since. Now settled, he's remained one of the club's most consistent players, making appearances week in, week out.

Some time out with his family has been a great help in keeping him in the right frame of mind. He's married to Nokuthula and they are blessed with two daughters.

"First of all, the first season was tough for me to adjust because, if you can remember, I never even played one game for SuperSport," Chigova told Sunday World.

"I took it as a learning curve for me adjusting to South African football. I left home for a foreign land, so at first it was tough for me. Now I've adjusted."

When soccer runs in the family

Born in the capital Harare, Chigova usually spent time at the movies with his family and it's still the same routine to this day.

"Most of the time soccer players don't get to spend time with their families, so when we were not playing [in Zimbabwe] I would be with my family going out for movies and stuff like that.

"Now here it's just my wife Nokuthula and our young daughters," Chigova said.

Polokwane is a laid back place and not much goes on in the city, unlike in Johannesburg's busy streets. Chigova has often travelled away in the company of close friend Khama Billiat of Kaizer Chiefs to experience other parts of the country.

"I've been to Hartbeespoort dam with Khama and our families. I'm very close to Khama, but also my teammates. I'm often with [Edgar] 'Stiga' Manaka and Sibusiso Mbonani. I feel at home here in SA."

With the country in a technical recession, there are some people who are hardly feeling the pinch especially many club owners.
Sport
3 years ago
Next Article