Top of the table-chasing Kaizer Chiefs get 'Tower' Mathoho back 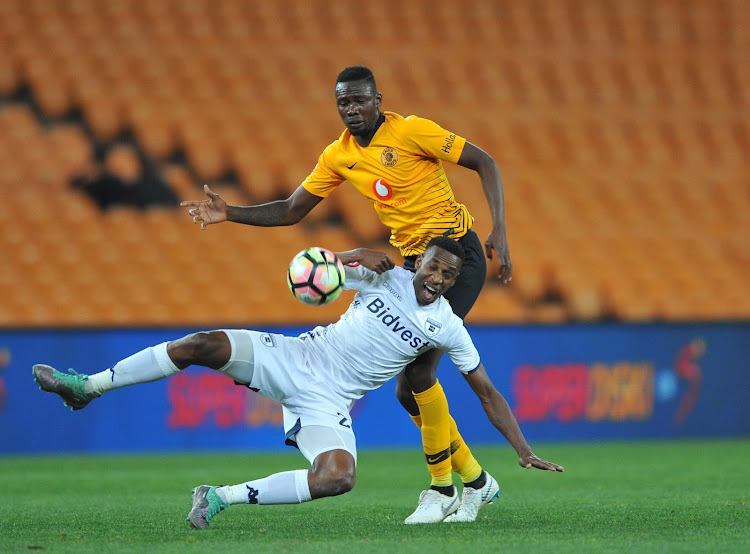 Mxolisi Macuphu of Bidvest Wits goes down under the challenge of Eric Mathoho of Kaizer Chiefs during the Absa Premiership match at FNB Stadium on August 7, 2018.
Image: Sydney Mahlangu/BackpagePix

Kaizer Chiefs coach Giovanni Solinas has been boosted by the return to fitness of defender Eric Mathoho‚ who has returned to full training.

Mathoho‚ who missed Amakhosi’s last three matches‚ has fully recovered from a groin strain he suffered at training two weeks ago and is available for their next Absa Premiership match against Highlands Park on Tuesday at Makhulong Stadium.

“He has fully recovered from a groin injury‚” said Chiefs’ physiotherapist Dave Milner‚ who added that midfielder George Maluleka has shrugged off a thigh injury.

“George is fine and training with the team. It was a minor problem but we thought it would be wise to take precaution to avoid worsening the injury‚” Milner said.

Mathoho faces tough competition to return to the starting line-up as Solinas has showed faith in the central defensive partnership of Daniel Cardoso and Lucky Ngezana‚ and there is still also Teenage Hadebe who has been used in that position this campaign.

The club also said that midfielder Joseph Molangoane is walking with the help of crutches as he continues his recovery programme. Molangoane broke his leg in Chiefs’ 3-0 win over Free State Stars in the MTN8 quarterfinals at FNB Stadium last month from a challenge from Makhehleni Makhaula.

“He works out in the gym and is steadily going through the recovery journey‚” Milner said.

Solinas will be looking for maximum points when Amakhosi return to action in Tembisa‚ and his team’s fourth win in succession‚ which could possibly put them on top of the log for the first time this campaign.