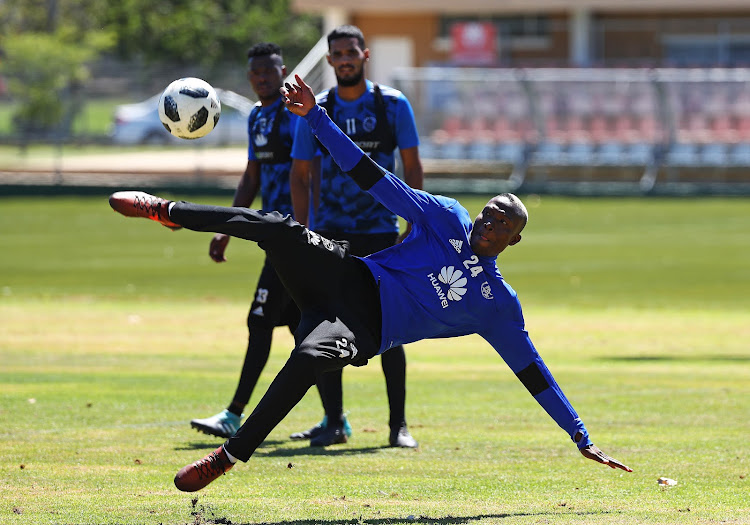 The saga over the eligibility of Tendai Ndoro is still a long way from being settled after Ajax Cape Town again slammed the FIFA rule that prevents the ex-Zimbabwe international striker from playing.

Ajax are awaiting the written ruling of their urgent High Court appeal last week to have both the recent SAFA arbitration decision‚ that went against them‚ and the banning of Ndoro set aside.

The high court dismissed the urgent application last week to allow Ndoro to play but must still hand down a written ruling on the decision of arbitrator to refer the case to FIFA.

That is expected this week and could lead to a review of the decision to submit the matter to world football’s governing and precipitate a new SAFA arbitration hearing‚ further delaying a complicated matter.

At the same time Ajax have also not submitted their arguments to FIFA even though the Premier Soccer League last week sent the case documents for world football’s governing body to make a decision.

Ajax have informed Zurich they will be late because they are awaiting the High Court ruling.

“We wouldn’t be doing all of this if we didn’t believe we have a good case‚” said the club’s owner Ari Efstathiou.

Coach Muhsin Ertugral said the FIFA rules‚ which states that no player can compete for three clubs in a single season‚ needs to be looked at and changed.

“This is not fair. There is nothing in these rules that shows any compassion for the players. These rules need to be about protecting players‚” he said.

Ndoro played one game for Orlando Pirates at the beginning of the season before going to Al Faisaly of Saudi Arabia‚ where Ertugral said he was not paid.

“Must he then sit around for six months for something that he is not responsible for?” asked the Ajax coach.

Ajax signed Ndoro in January‚ setting off a convoluted legal battle that has cast a shadow over the club’s fight against possible relegation.

“Hopefully there will be a positive decision soon on his case.”

Ajax‚ who are second from bottom in the Absa Premiership standings‚ take on Bidvest Wits at the Athlone Stadium on Wednesday‚ desperately needing points.

Just weeks after celebrating a traditional wedding ceremony‚ Mpho Letsholonyane (formerly Maboi) has posted a public service announcement to all ...
Shwashwi
3 years ago

It is a measure of dramatic decline of the Kaizer Chiefs brand that Soccer City was nearly empty yesterday as Steve Komphela’s side were handed a 3-0 ...
Sport
3 years ago

Orlando Pirates may be caught up in their bid to usurp Mamelodi Sundowns from the log summit but their clean-out of the Premier Soccer League monthly ...
Sport
3 years ago
Next Article