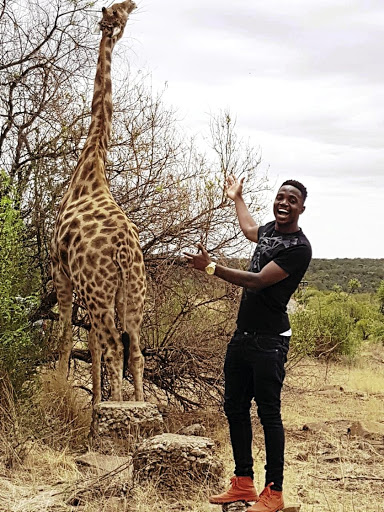 Like many footballers, Bloemfontein Celtic defender Tshepo Mbhazima Rikhotso prefers resting at home when he gets a break from the travelling and games, but he's also outgoing.

Born and bred in Ndengeza village near Giyani, in Limpopo, he's been in Bloemfontein since February 2015 and has been exploring the place, including the local wild animal park, the zoo.

"When I have a break from football, I like going to places like the zoo for a bit of fresh air and I love animals.

"My favourite animal is the giraffe. Since I'm tall the guys call me 'Giraffe'.

"The last time I was there was last month with my girlfriend."

True to his word that he loves animals, the Phunya Selesele centre-back also surprised his grandmother late last year with a trip to the Kruger National Park in Mpumalanga.

"I took my family there, including my grandmother.

"We were there for two days and she was so happy to see the animals," he said.

Midfielder remains down to earth
Sport
3 years ago

But, he said, besides movies, there are a lot of things to do at home like listening to music, fixing things that are broken, having friends coming over to visit and preparing meals, if they are not eating out.

"I like horror and action movies. They get my adrenalin pumping, they keep you in suspense and I love that thrill," he said.

"Oh no, I don't have bad dreams after watching horror, not at all, nix," he laughed.

"I don't do the up and downs going all over the place," Rikhotso said.

"But I do have time na majita [with the guys], because you can't just chill with your woman 24/7. All in all, I'm just a simple guy next door."