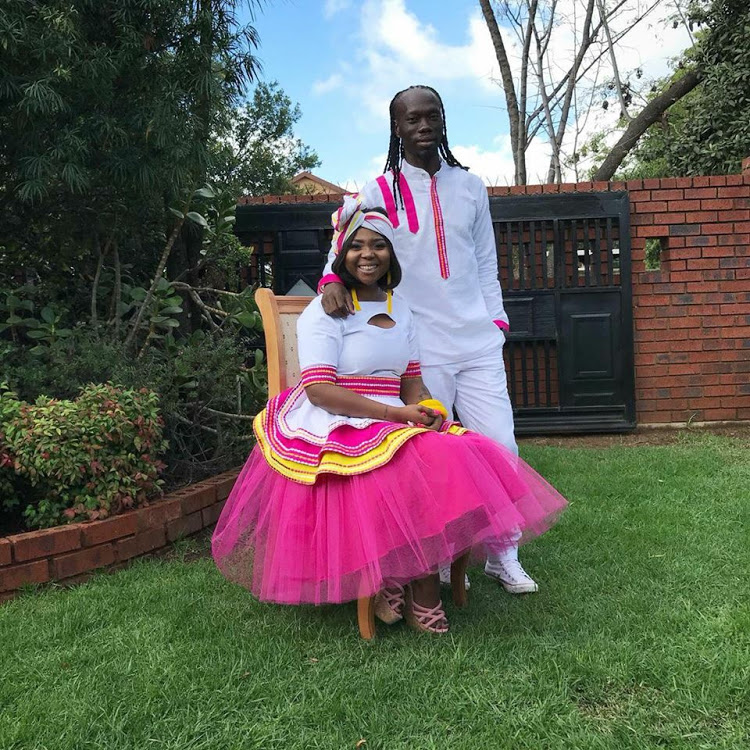 Just weeks after celebrating a traditional wedding ceremony‚ Mpho Letsholonyane (formerly Maboi) has posted a public service announcement to y'all coming at her for marrying her soccer star hubby Reneilwe Letsholonyane.

Mpho has never been one to sit quietly while people take shots at her relationship and revealed this week that she has had to put up with "vile" messages from Hate Twitter for years.

"Sometimes I get these social media notifications and see the vile things people say about my relationship. It’s been happening for YEARS! Had I ever nje worried more about what people who don’t even know me were saying‚ I would never have married the love of my life..."

Sis says that just because she isn't about to step into the shoes people have made for her‚ she has become a target.

"People sometimes feel that we should all function on the same level‚ want the same things and if you go against what they would do‚ you’re a target. I’m glad I believed and trusted in my emotions. Maybe a sense of maturity and serenity played a role as well... I don’t know...I repeat‚ love the one you love and let them continue to talk."

Sports presenter Mpho Maboi and footballer Reneilwe Letsholonyane had their colourful traditional wedding over the weekend.
Shwashwi
4 years ago
Next Article