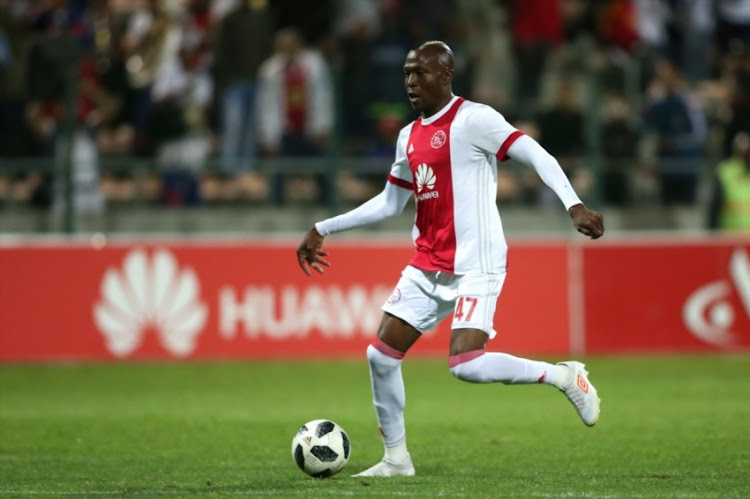 Tendai Ndoro must immediately stop playing for Ajax Cape Town but a decision on whether the Premier Soccer League’s Dispute Resolution Chamber were right to let him compete over the last three months is being deferred to Fifa.

The arbitrator who sat on the matter on Monday‚ Nassim Cassim‚ has decided the DRC did not have a right to rule on the matter when it came before them in January and instead said Fifa must rule “because the matter involved an overseas/international club”.

This is likely to lead to a further protraction of an already complicated affair that is plainly confusing many.

Safa’s press statement read: “Arbitrator Nassir Cassim SC has ruled that the Tendai Ndoro matter be referred to the world football governing body‚ FIFA arguing the PSL’s Dispute Resolution Chamber (DRC) does not have jurisdiction over the matter.

“ ... In his ruling on Wednesday‚ 28 March 2018‚ Cassim SC referred the case to FIFA saying it was because the matter involved an overseas/international club.

“He also ruled that in the meantime‚ the player should stop playing for Ajax.”

Orlando Pirates and Platinum Stars were the original complainants against Ajax’s fielding of Ndoro – the third club in a single season for the veteran former Zimbabwe international‚ which is in contravention of Fifa regulations and which relegation-threatened Ajax have openly admitted they were unaware of.

But they sought to fight the case‚ desperate not to be docked much-needed points‚ with the matter then going to the DRC‚ an independent body appointed by the Premier Soccer League.

At the end of January‚ the DRC made a surprise ruling in favour of Ajax which was immediately protested by the two clubs‚ as well as the PSL itself‚ who felt their own independent judicial body had erred in their finding.

Following the DRC decision‚ Ajax felt they could field Ndoro and did so‚ provoking new protests from Pirates and Polokwane City.

These protests‚ after Pirates dropped three points against Ajax on January 31 and City two in a 1-1 draw on February 4‚ were heard last week by the PSL’s disciplinary committee and tossed out because the DC said they could not overrule the DRC.

But the original case against Ajax is now back in play and the points they gained when they beat Stars 3-1 in Cape Town on January 12 could be forfeited‚ plunging them into further danger.

Fifa‚ who have already had correspondence with the PSL over the issue‚ are likely to find Ajax were wrong to field Ndoro and might defer sanction‚ further extending the matter as the clubs involved in the saga scurry for points at the business end of the season.

Cassim’s decision was announced by the South African Football Association (Safa) on Wednesday. They oversee matters of arbitration in football.

But Safa’s press release botches up who the complainants in this matter are‚ in an example of how complicated the whole affair has become.

Ndoro‚ 32‚ played this season at Pirates‚ Al Faisaly in Saudi Arabia and for Ajax in seven games since January. But he has scored just a single goal – on debut against Platinum Stars – and gone almost seven hours of action since without scoring.

His impact has not been what coach Muhsin Ertugral originally touted it would be and it could yet turn out to be a most costly‚ and ill-advised‚ exercise for Ajax.