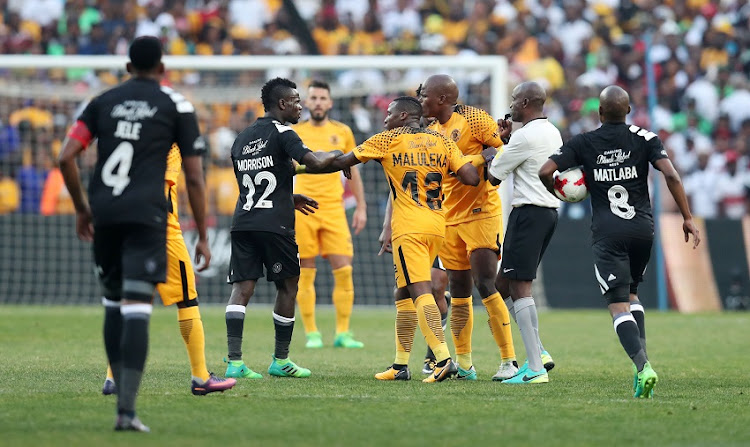 The Premier Soccer League’s programme of fixtures for the rest of the season faces another reshuffle as two games next week have been postponed and a ripple effect is now guaranteed.

Participation in the Caf Confederation Cup means Bidvest Wits’ trip to Ajax Cape Town on Friday‚ April 6 is off as well as the clash between SuperSport United and Orlando Pirates‚ which had been set down for Mbombela Stadium in Nelspruit the next day.

Wits will be hosting Enyimba of Nigeria on April 6 instead (kick off 8pm) in the first leg of their Confederation Cup third round tie as both teams chase a place in the group phase.

SuperSport head off to Kenya to meet Gor Mahia in Nairobi in the first leg of their clash in the same competition.

Wits’ game against Ajax is to be moved to Tuesday‚ April 10 with their scheduled league game at home to Polokwane City on April 13 then shifted to another time‚ officials told SowetanLIVE.

Wits’ scheduled match against Mamelodi Sundowns at Loftus Versfeld on April 18 will also have to be called off as they will be in Nigeria for the return leg against Enyimba on that date.

But this game has still to be officially postponed by the league‚ who now have to try and find slots to play the games in the closing weeks of the season.

With the league to resume with a full set of fixtures next Tuesday and Wednesday‚ after a lengthy hiatus‚ the desire to ensure clubs have all played the same number of games is paramount for the PSL‚ who do not want a situation where some clubs have many games in hand over others.

This distorts the league table and takes an edge off the excitement of the run into the title conclusion‚ and the battle against relegation.

At the moment only Sundowns and Wits have a game in hand while the rest of the PSL clubs have all played 24 games.