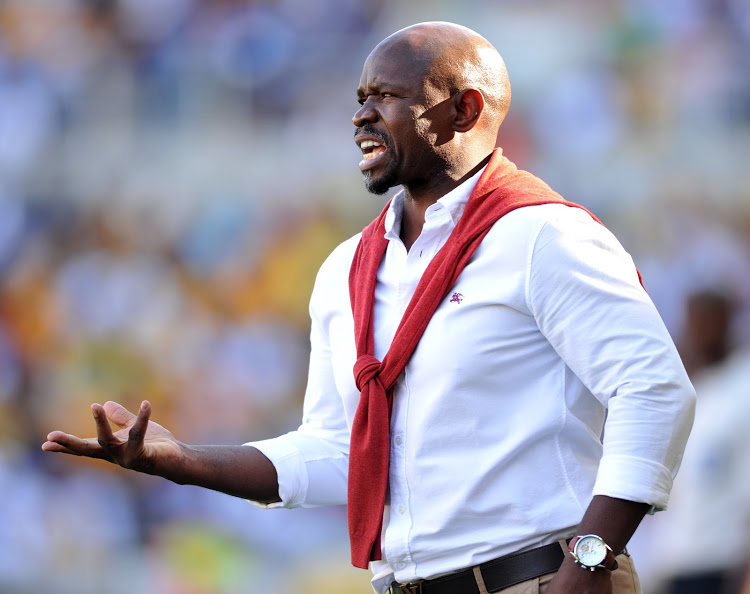 Steve Komphela could not publicly throw in the towel in the Absa Premiership title race after Saturday night’s 0-0 home draw against AmaZulu‚ but the Kaizer Chiefs coach’s response to their chances was played down so much that he essentially did.

Without saying it on those words‚ Komphela hinted that the Nedbank Cup is now Chiefs’ most likely source of silverware in 2017-18 after being held at FNB Stadium by Usuthu.

“We’ve just made it even more difficult for ourselves‚” Komphela admitted of the league title race‚ where fifth-placed Chiefs are seven points behind leaders Mamelodi Sundowns‚ but having played a game more.

“We thought by tonight it would be (closed to) five points and then it can put pressure on the opponents.

“But again‚ you never know what will happen in football.

"We’ll keep pushing‚ be as professional as possible.

“For every second and minute given to us we will try and do our best and get results.

"And from there we will see what happens for the rest of the teams.”

Chiefs now have the Nedbank‚ where they meet Baroka FC in the quarterfinals at FNB on March 31‚ as their realistic chance to rectify what would be Komphela’s third season without a trophy.

The coach as good as conceded that‚ admitting that too many draws – 12‚ exactly half their games – for Amakhosi in the league have been costly.

“They are two different competitions. The one is a short sprint‚ the other is a marathon‚” the coach said.

“Obviously in the Nedbank we are still there and want to go as far as winning it‚ if possible.

"We are left now with two stages and then it’s the final. But again‚ it’s not as easy as said.

“With regards to the league‚ the table never lies.

"I think when you look at the table you see where we have done well‚ and where we could have done better – too many unnecessary draws.

"And listen‚ coaches must own up.

"I’m the first one to stand up and say‚ ‘It’s me‚ it’s my responsibility to see that we win such matches’.

“But again‚ when you look at it‚ and at the match tonight‚ could we have scored at least a goal or two? For sure.

“But you go back home 0-0‚ and nobody wants to hear about that. People want results.

“So that’s where we went wrong – our lack of goal-scoring and too many draws.”

The speed with which the Premier Soccer League rushed to charge AmaZulu following their supporters’ recent pitch invasion would have you admiring the ...
Opinion
4 years ago