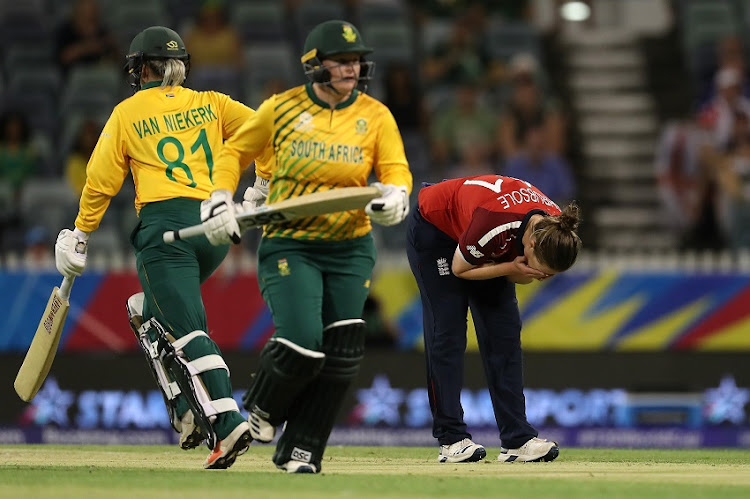 The matter of the South African women’s team beating Thailand in Canberra at the T20 Women’s World Cup was always going to be a case of how many and how they’ve gone about the task.

In piling up 195/3 on the back of Lizelle Lee’s ton‚ Thailand weren’t going to have enough in the batting tank to mount a credible chase.

South Africa then became the first team in Group B to bowl them out and not allow them to bat out their full 20 overs.

South Africa bowled Thailand for 82 with five balls remaining. Shabnim Ismail (3/8) and Sune Luus (3/15) were the chief wicke-takers while the latter also contributed a telling 41-ball 61 from number three.

The 60-ball 101 was a big deal for Lee‚ who hasn’t been happy with her recent form. The 27-year-old from Ermelo crashed 16 fours and three sixes in scoring her first T20I hundred. She was very happy with how she went about her batting business.

“Things haven’t gone my way since the New Zealand tour. It was good to have a few runs under my belt and getting the confidence back. If it’s your day‚ it’s your day. You have to cash in‚” Lee said.

It wasn’t a pitch perfect performance from South Africa as their fielding let them down.

Laura Wolvaardt took an excellent outfield catch‚ but the three grassed chances soiled what could have been the complete outing.

Pakistan will be a stronger and smarter side on Sunday in Sydney where missed catches could be more costly.

“Our fielding wasn’t good. We need to pull our fingers and do better in the next game. The bowlers did well to restrict them to that total.

“The other batters that came in also did their job. We know we have to do better in the next game‚” Lee said.