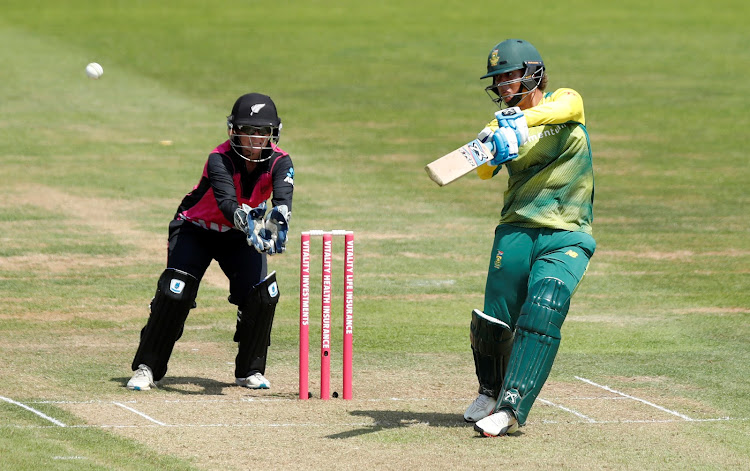 Thailand may come across as the weakest of the Group B teams‚ but SA won’t be taking them lightly in Friday’s Women’s T20 World Cup encounter in Canberra.

The Manuka Oval surface is known to be a placid one‚ something Proteas women’s batter Chloe Tryon hopes her team-mates make the most of.

Tryon said they won’t be taking Thailand lightly and they have reason to. For their bowling struggles‚ Thailand has managed to bat out their 20 overs in each game.

“I think the batters will enjoy themselves but we need to execute our skills as a batting unit. We need to get more partnerships and more runs. That’s something we need to tick off our list. Hopefully‚ we can do that in the Thailand game‚” Tryon said.

“They’re an energised and awesome bunch. We watched a few of their bowlers yesterday and how they executed.

"We don’t want to take any team lightly. We still want to play some good cricket. Any team can pitch up on the day and play good cricket. We’re going to play and stick to our plans.”

Having seen off England in their opening game‚ making the semifinals is a reality for SA.

Pakistan are competitive and with the West Indies being inconsistent‚ Hilton Moreeng’s team have a fair idea of what they need to do in Sydney next week.

“After the last T20 World Cup‚ we reflected a lot in terms of what happened in the Caribbean.

"We felt as a batting unit‚ we weren’t doing what we needed to do. We reflected a lot individually and we came together as a team‚” Tryon said.

“We knew what we needed to do and we’ve worked really hard in the off-season. A lot of the girls have played in the Women’s Big Bash League.

"I feel that everyone has a responsibility and they know what they need to do and it takes one game at a time to get where we need to be.”

Tryon is the first to admit that she could have and should have done better against England. She made a run-a-ball 12‚ but she has three more games in which she can come right for her team.

“I’m still not happy with my performance‚ even though I’m happy with how I’m hitting the ball. I think in the moment‚ I could have done something differently. The decision-making was a bit poor on my side but I was happy we got over the line‚” Tryon said.

“I just want to be a consistent match-winner and make runs consistently and be able to take the team over the line.”