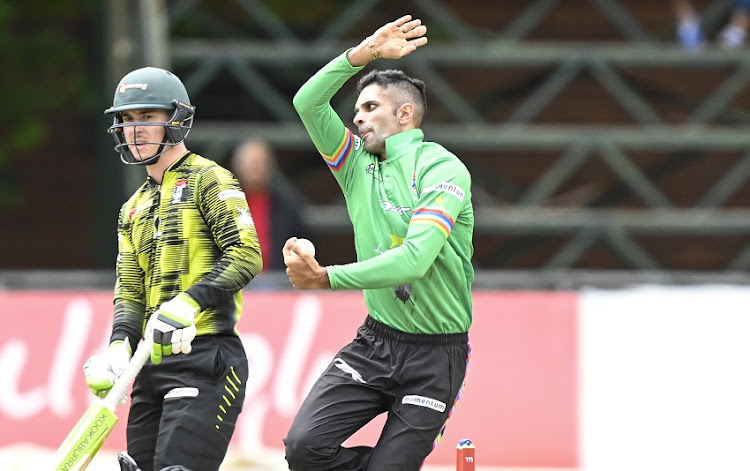 Keshav Maharaj, Captain of Hollywood Bets Dolphins during the Momentum One Day Cup 2019/20 game between the Dolphins and the Warriors at Pietermaritzburg Oval in KwaZulu-Natal on 23 February 2020.
Image: © Gerhard Duraan/BackpagePix

Keshav Maharaj’s match-winning performances for the Dolphins in the Momentum 1-Day Cup have been rewarded with a call-up to the ODI squad for the up-coming series against Australia.

Tabraiz Shamsi has taken over the limited overs mantle‚ but Maharaj‚ who captained the Dolphins this season‚ has been a star performer for the Momentum 1-Day Cup log leaders.

He’s been picked for bowling as he’s the joint top wicket-taker with Cape Cobras youngster Thando Ntini with 13 wickets. Maharaj and the Dolphins have played a game less‚ but they have a handy nine-point lead at the top.

Rassie van der Dussen has been rested for this series along with Faf du Plessis while Lutho Sipamla and Janneman Malan have earned call-ups.

Temba Bavuma‚ who’s missed the entire T20 series against Australia with a hamstring strain‚ is also in the ODI squad.

Proteas team director Mark Boucher said the rest and rotation of players is a necessity.

“With the completion of the 2019 Cricket World Cup and the next one being three years away from now‚ we always saw the series against England and Australia as an opportunity to play some fresh talent‚” Boucher said.

“If we feel that we need to rest players‚ we will‚ as we have done in the recent past.

"Faf has been fantastic for us in white ball cricket and remains very much in our ODI plans and we will manage his workload for the near future diligently.

"I would like to strengthen our depth pool right now and see what players we have out there. I feel that this is the time and opportunity to do so.”