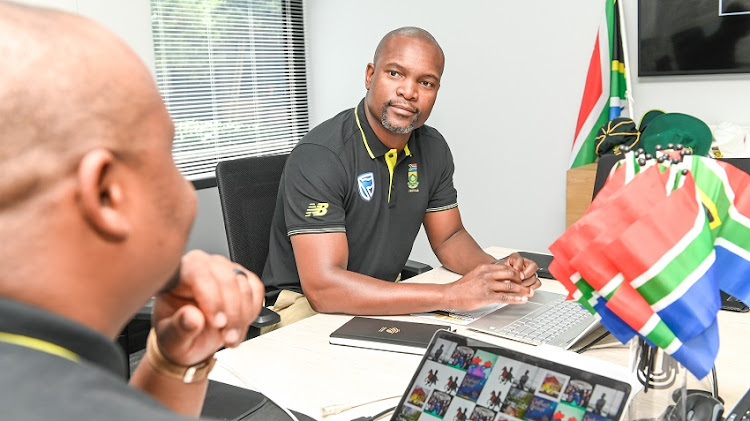 It's amazing what pulling off a stunning victory will do for a team.

The Proteas scraped the bottom of the performance barrel on Friday at the Wanderers but mustered up enough resolve to outflank Australia in Port Elizabeth a few days later.

A mouth-watering T20 series finale has now been set up for a hot Newlands on Wednesday evening.

Once again‚ in the South African summer‚ a limited overs series will be decided in the final game and SA will hope to be on the winning side this time round.

Proteas assistant coach Enoch Nkwe hopes the teams will be able to channel the accuracy and the confidence from Port Elizabeth to Cape Town.

SA reined Australia in to a point where the win in Port Elizabeth looked far more comfortable than it should have been.

However‚ it was a wonderful win from a side that was soundly beaten in Johannesburg on Friday.

“It does help to win and go into the finale with this group of guys.

"Things could have been worse‚ but we have much more confidence and the win has put us in a position of strength going into Wednesday’s game and take it look like a knockout game‚” Nkwe said.

“We won on a coastal wicket in Port Elizabeth and by the looks of things‚ the wicket here may be similar‚ which will help with our confidence.”

Nkwe understood the deflating and disappointing nature of the T20 defeat on Friday where SA surrendered the game without a shot being fired.

However‚ Nkwe was happy with the fact that the quick turnaround between the matches didn’t give them too much time to think about the record hammering.

“We were honest with ourselves after Johannesburg.

"We had a deep‚ honest chat in Port Elizabeth in terms of where we’re at as a squad.

"After that poor performance‚ we did accept that we let ourselves down but there’s always an opportunity as T20 don’t give you too much time to dwell on negatives‚” Nkwe said.

"It was a matter of change of mind-set and approach while instilling belief and confidence in the group for them to just play.”

Temba Bavuma’s fitness is still an issue‚ but Nkwe has seen it as an opportunity to give other players a run and test combinations before October’s T20 World Cup in Australia.

Bavuma’s absence from both T20’s allowed for Reeza Hendricks and Rassie van der Dussen to be trialled as openers.

“You can look at that perspective and say that they have been missed‚ but we have good enough players who are flexible enough to bat in different positions.

"We’ve looked at it as an opportunity to see who are the other players who can adapt to different positions‚” Nkwe said.

“We know we’ve got a World Cup coming so we have to try different combinations to see what works out. In saying that‚ Temba has been playing well; hopefully‚ he’ll be back in the mix as soon as possible.”