Kiwis more likely than England to get stuck in the lift 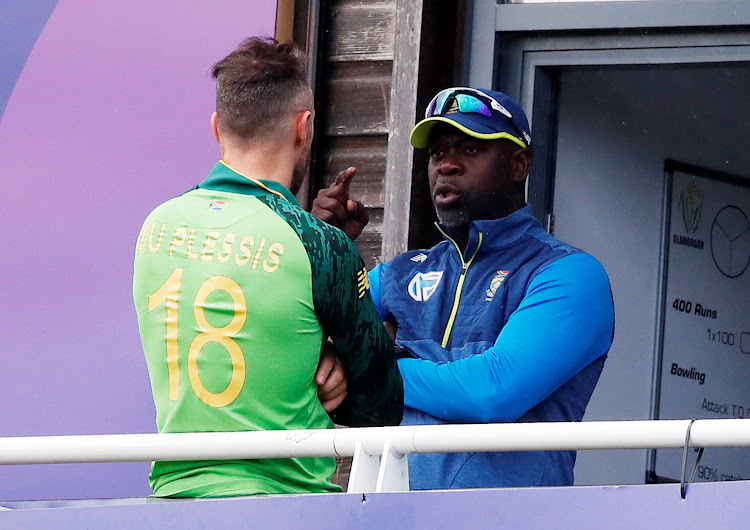 Going up? If you’re England‚ perhaps. Going down? If you’re New Zealand‚ maybe.

Whichever. If you’re at the Riverside in Chester-le-Street — where these team clash in one of the biggest league matches of the men’s World Cup on Wednesday — don’t get into the lift.

A South African reporter did after Faf du Plessis’ team’s game against Sri Lanka there on Saturday and was stuck for about 20 minutes.

There’ll be no getting stuck on Wednesday. An England victory would put them in control of their march towards the semi-finals.

The same goes for New Zealand‚ who would be second in the standings behind Australia — who are already in the semis — should they win. And momentum would seem to be with the home side.

Australia defended a piddling 243/9 by dismissing New Zealand for an embarrassing 157 at Lord’s on Saturday.

That was the Kiwis’ lowest total in their seven completed matches at the tournament‚ bar the 137 they made to beat Sri Lanka by 10 wickets in Cardiff on June 1 in their first match.

Their batting against the Aussies sealed New Zealand’s second consecutive loss — they went down to Pakistan by six wickets with five balls to spare at Edgbaston on Wednesday.

Also at Edgbaston‚ on Sunday‚ England righted their listing campaign by knocking India off their pedestal as the tournament’s only remaining unbeaten team.

England went into that game having lost to Sri Lanka and Australia‚ and responded by beating Virat Kohli’s side by 31 runs.

“The closer we can get to playing our A-game the more of a chance we have of going the whole way‚” a relieved Eoin Morgan‚ England’s captain‚ said in the afterglow of that match.

“If we’re scraping our way along‚ not playing the type of cricket we played in the last four years‚ I wouldn’t be as confident.”

And to think England were sent home tae think again after the first round four years ago and New Zealand went all the way to the final‚ where they came unstuck against Australia.

England have since built a side that bristles with some of the most bristling batters in the game.

New Zealand‚ invariably clever opponents who make the most of often modest resources‚ have banked only two centuries‚ both scored by captain Kane Williamson.

“For us‚ it is about moving on‚” Williamson said after Saturday’s loss.

Then he disappeared into a long and winding road of a sentence that suggested New Zealand’s GPS was on the blink and they may not be too sure about where they are moving on to.

“Keep taking on the challenge with that great attitude that when we do do that and play with that freedom that gives us the best chance of having success‚ but at the same time respecting the fact that anybody can beat anybody in this tournament‚ despite perhaps having some success early‚ that doesn’t change‚ as we’ve seen.”

That’s seven mentions of “that”. It’s the kind of things you might say if you’re stuck in a lift.