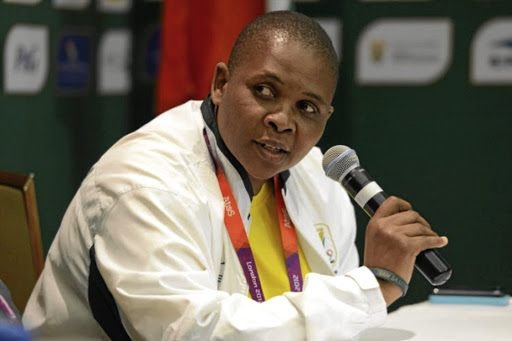 Never mind what any gullible wordsmith waxing lyrically wants you to believe, the sad truth is that South Africa will not have amateur boxers in the 2020 Tokyo Olympics.

SA Sports Confederation and Olympics Committee (Sascoc) acting CEO Patience Shikwamabana said they will hold a special meeting tonight to try and come up with solutions that will ultimately suggest what must happen for SA's amateur boxers regarding the route to take in qualifying for the 2020 Olympics - a move that could come too late.

She was reacting to the news that the entire executive of the SA National Amateur Boxing Organisation (Sanabo) - the organisation that governs amateur boxing for men and women in the country - has resigned.

"Yes, they resigned on Sunday," she said without letting much out of the bag, except to say that "we will have a meeting tomorrow night [tonight] to deal with what has happened and map a way forward".

Sibiya wants to impress in his maiden boxing event

The boxing promotions bug has found another happy victim in retired professional boxer Douglas Sibiya from Lamontville in Durban.
Sport
1 year ago

Sanabo president Andile Mofu and company, in their letter of resignation, cited "unconducive and unbearable working conditions" for their mass resignation.

They could not be reached for further comment yesterday.

Sanabo did not send boxers to Senegal, where Africans met in the continental qualifiers early this year. The second option will be for SA to send boxers to France for the world qualifiers in May. But again those boxers, if there are any, should already be in camp.

A total of 16 nations won medals in Senegal, with Morocco finishing atop the medal standings with eight medals.

Fourteen nations gained at least one qualification spot for Tokyo. Sources said Sanabo did not comply financially. SA didn't have boxers in the 2016 Rio Olympics after seven locals failed to qualify in Azerbaijan.