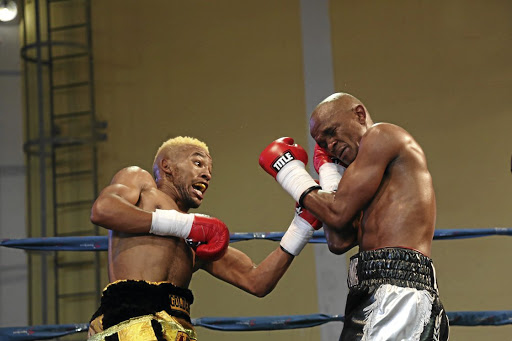 The accusations were made by a number of religious boxing followers from the Eastern Cape, who said they were worried about their homeboy's behaviour in Johannesburg, where the talented boxer from Duncan Village is trained by Colin "Nomakanjani" Nathan.

The wild rumours about drinking sprees and womanising have been going on for a while but gained prominence just after Fuzile's eight-round stoppage loss to Shakhatdzhon Rakhimov two weekends ago.

The defeat sparked debates on whether Fuzile was fully prepared for the fight against the Russian. Others reckoned he should go back to old trainer Mzamo "Chief" Njekanye.

"I have heard the rumours before but I ignored them," said the soft-spoken 23-year-old boxer. "The problem is that once you lose a fight people come with all sorts of stories."

Fuzile, however, admitted to "sometimes" quenching his thirst through alcohol. He also admitted to having a girlfriend but maintained that he is still the same disciplined boxer he was when still with Njekanye.

"I don't have friends. The people I regard as friends are my gymmates," he said, adding that his life style was that of going to gym and coming back home after every session.

Nathan, who has guided Fuzile to four wins including winning the IBF Continental and also the Inter-Continental titles in five fights, said: "I've never heard rumours about drinking. In terms of womanising, I don't know what goes on in his personal life. But Azinga trains heavy, he's committed in such a way he never misses a training session."

Njekanye is said to have been so strict that his boxers, including Fuzile, were not even allowed to have cellphones. People say he keeps them on a straight and narrow, and that it was his toughness that triggered Fuzile to leave.

Eastern Cape boxer Azinga Fuzile's camp has lodged a protest over an incident that took place before his devastating knockout in the eighth round to ...
Sport
2 years ago
Next Article