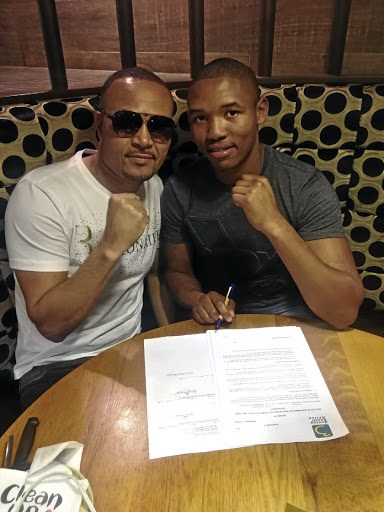 Brothers and boxing promoters - Fanakhe and Elias Tshabalala - continue in their ambition to change boxers' lives financially and assisting in making them fulfilling their ambitions.

This is the promise they made three months ago during their first tournament which saw the families of departed boxing heroes from KwaThema - Simon "Tsipa" Skosana (former SA Bantamweight champion) and trainer Themba Zulu - benefit financially from a percentage of the gate takings.

Fanakhe and Elias, who are from the Free State, are now taking their game a step further by putting together an international tournament which features two WBF title fights.

Tshabalala irked as Munyai 'changes his tune'
Sport
2 years ago

The purse monies will pay all boxers in the card, including those whose bouts are not for titles. Nkosi will face vastly experienced Mexican Emmanuel Lopez for the lightweight belt.

Lopez is a former WBA Interim junior lightweight holder who has fought many top-name foes, including Russia's Shavtadzhon Rakhimov, who will take on Azinga "Golden Boy" Fuzile in East London on September 29 for the IBF's No1 spot in the rankings.

Phumelela Cafu, who hails from Duncan Village in the Eastern Cape, will take on Hamza Mchanjo for the flyweight strap. The Tanzanian has been around and has 17 wins in 32 bouts.

Boxer pulls out of Ndongeni duel
Sport
2 years ago

Ndongeni and Mbena Rajab will meet over eight rounds in the international lightweight fight, while Nonina will take on Flora Machela in the bantamweight class over six rounds.

Besides Nonina, other women participants on the day, will be Mpumelelo Tshabalala and Sthandiwe Shabangu.

Uyanda "Big Bear" Nogogo will take on Junior Makondo in the junior middleweight over six rounds, while Fernando Rodriguez and Wade Groth will try to use the fight to redeem themselves after being beaten by reigning SA middleweight holder Walter Dlamini.

The tournament dubbed "Champions in the Making" will take place at the Portuguese Hall, south of Johannesburg, on September 28.

Loaded bill in unfamiliar venue
Sport
2 years ago
Next Article