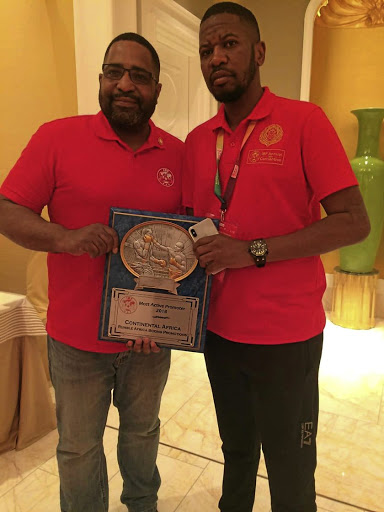 Fuzile of Duncan Village in the East London, SA's boxing mecca, is rated No 4, a spot above his Russian opponent.

Rumble Africa Promotions (RAP) chief executive Nomfesane Nyathela confirmed that Peoples will be the distinguished guest for promoter Thembalethu Ntuthu, whose RAP earned IBF's 2018 continental most active promoter of the year award during the boxing body's annual convention which took place in China.

The SA junior featherweight boxing championship fight between holder Innocent Mantengu, and mandatory challenger, Ayabonga Sonjica, will not be an ...
Sport
2 years ago

Peoples, who was inducted to the Connecticut Hall of Fame in Uncasville in 2014, will arrive in SA on Friday September 27.

"He will be fight supervisor between Fuzile and Rakhimov and also the IBF Continental Africa junior lightweight bout between Phila Mpontshana and Khanyile Bulana," said Nyathela.

Nyathela described the international tournament as their biggest since RAP acquired a Boxing SA licence in 2014. Rakhimov arrives in the country tomorrow.

"It's our biggest event and tickets selling from R150 to R300 are going fast," said Nyathela, whose bill includes the SA bantamweight championship as Ronald Malindi defends against Michael Daries.