Mvula in pursuit of world title 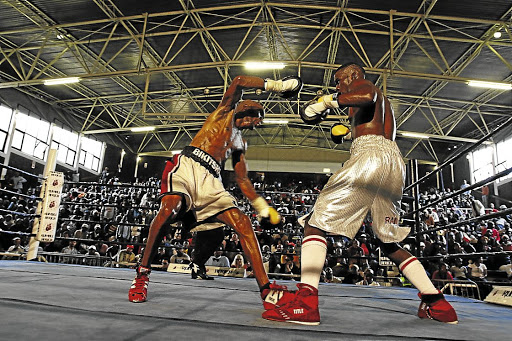 While eyes will be fixed firmly on Azinga "Golden Boy" Fuzile who takes on Shavkhatdzhon Rakhimov in the IBF junior lightweight elimination bout, the spotlight will also shine on Siphosethu "Rain" Mvula.

The action takes place at East London's Orient Theatre on Sunday afternoon and Mvula will also be in action in one of the three title championship event.

That is not because of Mvula looks which makes him identical to beloved Chris Rock - the American comedian, actor, writer, director and producer - but that is simply because he is also as capable as Fuzile as a boxer.

Mvula is still with Njekanye and the duo will welcome Michael Mokoena from Johannesburg for the IBF Continental lightweight vacant title.

Mvula wants to become a world champion and he believes that victory on Sunday will be a giant step towards that direction. He has pinned his hopes on Rumble Africa Promotion boss Thembalethu Ntuthu to make it possible for him to be in the same situation as Fuzile who is at the doorstep of fighting for a world title.

Mvula said he saw Mokoena stop Phumelele Sobahle in August and he was not impressed at all by what he witnessed.

"There is nothing difficult about him; you just have to watch him carefully and not rush him," said Mvula. "He just throws volumes of his punches, so you have to watch him to be able to evade those punches which can take you out of the fight. But if that is show he fights all the time, then he won't beat me."